Cyrus the Great (600 – 530 BC) was the founder of the Persian (Achaemenid) Empire. Cyrus conquered the empires of Media, Lydia and Babylonia, creating the first multi-ethnic state which at its peak accounted for around 40% of the global population.

Julius Caesar (100 BC – 44 BC) Under Caesar, the Roman Empire stretched to its furthers points – crossing the Rhine and into Britain for the first time.

Boudicca (1st Century) Led British citizens in revolt against Roman occupation. Initially successful in raids on the Romans, she was defeated in 60BC in a pitched battle against the Romans.

Hanibal Barca (247 BC – 181 BC) General and military strategist from Ancient Carthage. He led Carthage in a series of stunning military victories over the Roman Empire, crossing the Alps and frequently outflanking his enemies. Regarded as one of the greatest military commanders in history

Constantine the Great (272 – 337) Constantine served as Roman Emperor from 306 to 337. He successfully defeated both internal rebellions and consolidated the Roman Empire defeating the Franks, Alamanni, Visigoths, and Sarmatians.

Attila the Hun (5th Century) Ruler of the Huns who swept across Europe.

K ing Alfred (849 – 899)  Alfred was King of Wessex. An educated and enlightened King, Alfred defended Britain against the Vikings and was the first king to declare himself King of Anglo-Saxons.

Saladin (1138 – 1193) Saladin led the Islamic opposition to Christian crusades. At the Battle of Hattin in 1187, he recaptured the city of Jerusalem and took control of Palestine. He helped to unify Muslim armies.

Genghis Khan – ( 1162 – 1227) From humble beginnings, Genghis Khan conquered Mongolia and China and then created an Empire stretching into Central Europe. His Mongol hordes were unstoppable.

Babur – Moghul Empire (1483 – 1530) Muslim prince from Turkestan who defeated numerous internal rebellions before conquering regions of Afghanistan, Pakistan and north-west India. He set the foundations of the Moghul Empire, which dominated India for the next three centuries.

Akbar (1542 – 1605) The third Moghul Emperor, Akbar consolidated his Empire across India, through a series of striking military victories.

George Washington (1732 – 1799) Leader of American forces during the War of Independence. A skilled military leader who won the war despite losing individual battles.

Lord Nelson (1758 – 1805) British naval officer during the Napoleonic wars. Nelson was a courageous officer who gained fame after dying during the  Battle of Trafalgar (1805) – one of Britain’s greatest naval victories.

Duke of Wellington (1769 – 1852) Anglo-Irish statesmen. As a military officer, Wellington defeated Napoleon at the Battle of Waterloo. He twice served as Prime Minister.

Napoleon Bonaparte (1769 – 1821) As Emperor of France 1804-1815, Napoleon’s forces swept across Europe, gaining hegemony over most of Europe. In many battles, Napoleon overcame numerical inferiority through the use of imaginative battlefield tactics.

Douglas Haig (1861 – 1928 ) British First World War General who was in charge of British forces during the battle of the Somme. Towards the end of the First World War, he was relatively more successful.

Winston Churchill (1874 – 1965) Winston Churchill became Prime Minister in May 1940, when Great Britain alone stood against Hitler. With stirring speeches, Churchill rallied the population and quashed those who wanted to make a deal with Hitler.

Joseph Stalin (1879 – 1953) Leader and dictator of Soviet Union armed forces during Second World War. His 1930s purges weakened the Russian army. But, in 1942 he led the defence of Russia from Moscow.

General Patton (1885 – 1945) US Commander during Second World War, Patton distinguished himself in Africa, Sicily and the liberation of France – especially during the Battle of the Bulge.

T.E. Lawrence (1888 – 1935) British officer who, during the First World War,  led the Arab revolt against the Ottoman Empire in Arabia.

Adolf Hitler (1889 – 1945) Dictator of Nazi Germany. Ordered the invasion of Poland, Western Europe, North Africa and the Soviet Union. His advances across Europe were eventually stopped, and Nazi Germany was ultimately defeated.

Erwin Rommel (1891 – 1944) ‘The Desert Fox’ was admired by both his troops and enemies developing a reputation for invincibility. He was a commander during the invasion of France (1940) and achieved striking victories in North Africa war.

Chairman Mao (1893 – 1976) Led the Chinese Communist party to victory during the long march and fight against the nationalists.

Douglas Bader (1910 –1982 ) Bader lost both legs in a flying accident in the 1930s. But, on the outbreak of the Second World War became a noted flying ace for the RAF. 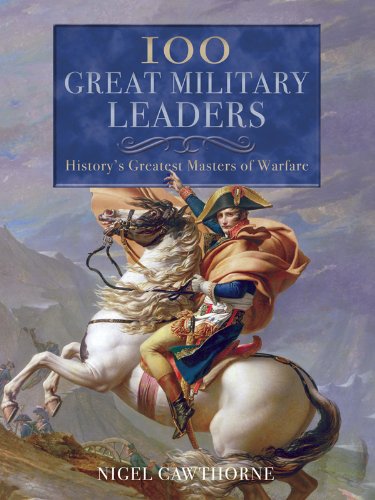 Famous female spies – Female spies who risked their lives to enter enemy territory. Including many spies who volunteered for SOE and work for the French resistance in the second world war.