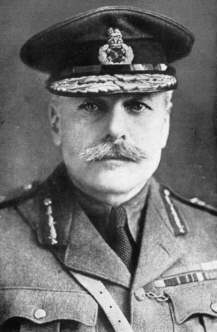 Douglas Haig (1861-1928) was a Scottish soldier who rose through the ranks of the British Army to the overall commander of the British Army on the Western Front during the later years of World War One. He has come to symbolise, fairly or unfairly – the popular impression of bungling generals responsible for sending troops to die in the bitter fighting of the First World War.

Douglas Haig was born in Edinburgh, Scotland and was educated at Clifton College and later Oxford University. From university he went to the Royal Military College, Sandhurst; he later gained a commission in the 7th Hussars. Douglas Haig saw active service in Egypt and South Africa, during the Boer War. He was then assigned to service in India. By 1911, he was appointed as GOC Aldershot.

General Haig during World War One

When Britain declared war on Germany, he led the 1st corps of the British Expeditionary Force (BEF) to France. In the early days of the war, the professional British army played a key role in checking the advance of the Germans who were striving to outflank the French and march on to Paris. During these early months of the war, Haig’s gained a good reputation for the way the forces under his command fought. In December 1915, he succeeded Sir John French as Commander in Chief of the British army. He was given the task of trying to break the deadlock on the Western Front.

By 1916, the British army had been swelled by the ranks of volunteers. In fact, the army was now almost entirely composed of civilian volunteers. This left some generals uncertain of how capable the army could be. But, Douglas Haig had faith that with the right preparation, Britain could break the deadlock. 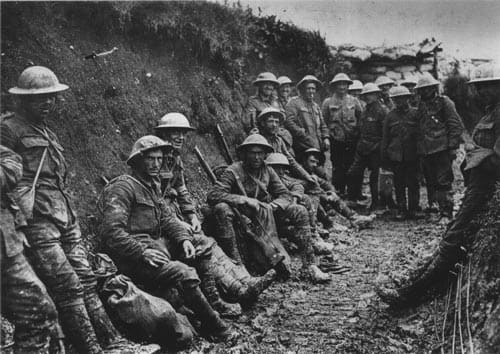 In the early months of 1916, the Germans attacked the French stronghold of Verdun, leaving the French army severely tested. This placed increased pressure on the British to attack the German lines and relieve the pressure at Verdun. Douglas Haig chose the line around the Somme region. The battle was preceded by weeks of heavy bombardment, which the British staff hoped would weaken the German defences. Before the battle, there were high hopes of swift success. However, the Battle of the Somme proved a bloody stalemate. On the first day alone, the British suffered 60,000 casualties as many soldiers were simply mown down in machine gunfire. The British tactics left much to be desired, especially as the same mistakes were repeatedly made. However, although Haig received much criticism for his seeming willingness to sacrifice British lives for no obvious benefit, it is important to bear in mind, the Battle of the Somme was also devastating for the German army. By the autumn of 1916, losses were equally heavy on both sides. Territorial gains were insignificant, but the Battle of the Somme had, at least, relieved the pressure on the French lines at Verdun. On 1st January 1917, he was made Field Marshall, by King George.

During the war, the British premier David Lloyd George was highly critical of his generals, such as Douglas Haig, complaining they were too willing to sacrifice the lives of men. But, Douglas Haig felt he had little alternative but to keep attacking.

It should also be remembered that the whole of the First World War saw much attritional fighting on all fronts. By 1918, the Allies had learnt from some of their bitter previous experiences. And by August 1918, the allies were able to make significant advances against a weakened German army. This final push led Germany to surrender.

Despite being a victorious general, the reputation of General Haig suffered after his death, especially by soldiers who served under him as the full-scale horror of trench warfare came to light. However, this is perhaps more a reflection on the horrors of trench warfare than one individual in particular. In 1918, the American General John Pershing remarked that Haig was “the man who won the war”

After the war, General Haig was made 1st Earl Haig and helped organize the Royal British Legion for the care of ex-servicemen.

Douglas Haig and the First World War at Amazon