Short Bio of King Arthur – King of the Britons

King Arthur is a semi-mythical figure, who is believed to have been a model king in the early history of Britain. Much of his early legend comes from the writings of Geoffrey of Monmouth (in the Twelfth Century). His works became popular, cementing the legend of Arthur in popular folklore. Throughout the ages, the legend of Arthur has captivated the interest of writers and poets. In the nineteenth century, Alfred Tennyson was instrumental in reviving interest in King Arthur through his poem, “Idylls of the King.”

Because of the lack of authentic and first-hand historical evidence, the life of King Arthur is open to many different interpretations. Some historians, even doubt whether he actually existed in person. However, the most popular legends include the following stories.

The return of Arthur

Birth to Uther Pendragon and Igraine

In one version of the legend, Arthur was born to Uther Pendragon and Igraine.

Uther Pendragon begged Merlin to help him sleep with Igraine – who was then the wife of Duke Gorlois of Cornwall. Merlin transformed Uther to look like Igraine’s husband for one night.

According to legend, Arthur was able to claim his rightful place as King of Britain because he was the only one able to withdraw, Excalibur, from the stone. Thus, unexpectedly, but as had been foretold, Arthur found himself, king. Throughout his reign, Arthur received advice and counsel from the elusive and mystical figure of Merlin. At the time of 6th century Wales, it was quite common for Welsh Kings to have a counsellor, often called “Murthur”. These counsellors often had specialised information and were well versed in the arts of divination. The legend of Merlin is probably based on these elusive court counsellors.

The Court of King Arthur

It is said that the court of Arthur maintained the highest ideals of chivalry and honourable behaviour. Furthermore, Arthur wished for his chosen knights to sit around a round table so that nobody would be superior. He wished to be equal to all. Knights of King Arthur included:

Despite the high standards of chivalry one legend tells how one of King Arthur’s most trusted and successful knights, Sir Lancelot had an affair with Arthur’s wife, Queen Guinevere. It is this betrayal of King Arthur that eventually leads to the downfall of his kingdom.

King Arthur and the Holy Grail

One of the most enduring legends of King Arthur is the mystical quest for the holy grail. Legend suggests that this is a cup used to capture the blood of Jesus Christ. Thus to find the cup was entrusted as the most sacred of tasks to the Knights of the Round Table. For many, the quest for the Holy grail is an allegory of the inner spiritual quest to discover the inner meaning of life.

This myth has captivated the interest of people through the ages and has been the subject of many films including, the satirical Monty Python and the Holy Grail. Nearly all the knights failed in their quest for the Holy Grail – brought down by weaknesses in their character. The only knights to succeed where Sir Galahad (known for his saintly qualities) Sir Percival (simplicity) and Sir Bors (who was also known for his honest and simplicity) The quest for the Holy Grail is interwoven with a tale of Christian morality.

Many legends of King Arthur originated from northern France, where belief in the existence of ‘faery women’ was deeply woven into the culture. For example, Geoffrey of Monmouth named nine sisters as the rulers of the enchanted island of Avalan (one of whom was Morgen). These sisters were educated in the arts of magic.

Le Morte d’Arthur: King Arthur and the Knights of the Round Table – Thomas Malory 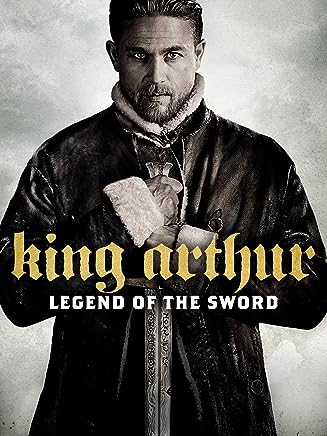