A selection of famous explorers and adventurers throughout history. Including Marco Polo, Christopher Columbus, Vasco de Gama and Neil Armstrong.

Leif Eriksson ( 970-1020 ) Eriksson was a Norse explorer who made the first European journey to North America – 500 years before the more celebrated Christopher Colombus.

Marco Polo (1254 – 1324) Polo was a Venetian traveller and explorer who made ground-breaking journeys to Asia and China.  Becoming one of the first Europeans to travel extensively in Asia.

Christopher Columbus (1451 – 1506) An Italian born explorer, Columbus made four ground-breaking voyages to the Americas. Sailing in uncharted seas, Columbus’ voyages across the Atlantic and paved the way for others to follow.

Sir Walter Raleigh (1552 – 1618 ) Raleigh was an English explorer who made several journeys to the Americas and also led expeditions in search of the legendary ‘El Dorado’.

Captain James Cook (1728 – 1779) Cook was a British explorer who made groundbreaking voyages to the Pacific Ocean. He made the first European contact with Eastern coast of Australia and he chartered several islands in the Pacific.

David Livingstone (1813 – 1872) Livingstone was a popular Victorian missionary who explored the continent of Africa. He sought to find the source of the Nile and spent years travelling through the inner heart of Africa.

Vasco de Gama (1469 – 1524) Vasco de Gama was a Portuguese explorer who was the first European to reach India by sea. De Gama made a direct voyage to India – travelling around the Cape of Good Hope in South Africa – arriving in Calicut in 1498.

(1874 – 1922)
Anglo Irish polar explorer. Shackleton made many ground-breaking expeditions to the Antarctic.

Charles Lindbergh (1902 – 1974) US air pilot, inventor and environmentalist. In 1927, Lindbergh succeeded in making the first non-stop flight from New York to Paris. It created a major global sensation and was iconic of the new age of global air travel.

Tenzing Norgay (1914-1986) was a Nepali-Indian Sherpa mountaineer. Norgay with Edmund Hillary was the first man to successfully climb Mount Everest. Norgay was an accomplished Himalayan climber who came from poverty in Nepal to achieve the notable milestone.

Sir Edmund Hillary (1919 – 2008) New Zealand born climber, who with Sherpa Tenzing became the first person to climb Mount Everest in 1953 – at a time when many people had died in their attempt to scale this unknown peak. He also visited both poles, becoming the first person to complete the ‘triple.’

Neil Armstrong (1930 – 2012) US Pilot and astronaut. In 1969, Neil Armstrong became the first man to successfully land and walk on the moon. 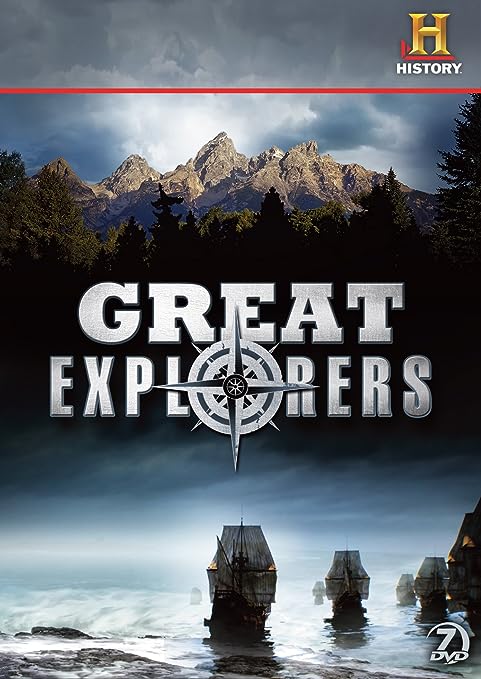 Age of Discovery (15th – 17th Century) A period of exploration and maritime journeys across the world’s oceans to discover new land. The Age of Discovery led to increased trade and European settlements in Africa, Americas and Asia.