These are a selection of inspirational Christians whose lives were shaped and moulded by their Christian faith. Through the practical application of Christian values and teachings, they helped inspire others to live a better life.

St Francis of Assisi – Remarkable saint of the Twelfth / Thirteenth century who returned to the roots of the gospels, voluntarily accepting a life of poverty and chastity.

William Tyndale (1494–1536 ) was one of the first persons to print the Bible in English. He worked on translating the Bible into English even when it was deemed to be an illegal act. He was executed for blasphemy after years of avoiding capture.

Mary Magdalene – a close disciple of Jesus Christ. Present at the crucifixion of Christ.

– A poor peasant girl, who at a very young age rose from obscurity to shape the course of French and European history. Joan of Arc had a religious temperament and credited the instruction from Angels for giving her the strength and wisdom to advise the King of France. Died a martyrs death after refusing to recant her experiences. Seven years after her death, her prophecy of French independence came true.

– With others campaigned successfully for the abolishment of slavery. Felt slavery incompatible with his Christian conscience.

– Sought to reform the Roman Catholic Church which he felt had been corrupted and lost its original focus.

– Bestselling author. A committed Catholic who wrote on themes of good and evil, humility and pride. Arrogance and selfishness. The Lord of the Rings is one of the best-selling novels with strong underlying teachings of morality and spirituality.

– Devoted life to the care and service of the poor. A true devotee of Christ who inspired others to change their attitude to the poor.

– Had a great effect on many lives that he touched. People felt he was a sincere and compassionate person. Lived through two very difficult periods of Poland’s history – occupation by Nazi Germany and Communist era, before becoming Poland’s first pope.

Eric Liddell . Olympic 400m champion. Turned down the opportunity to run in 100m because heats involved participating on Sunday, which he considered sacred.

C.S. Lewis – A bestselling author who sought to promote Christian ideas within the context of his Narnia chronicles. Lewis also documented his journey to faith through his influential book – “Mere Christianity” (1982)

Martin Luther King – A pioneering leader of the US civil rights. Fought peaceful for an end to segregation and discrimination against coloured people in America. His powerful speeches used Christian imagery value to promote the ideal of a oneness world – a world where everyone would be treated as equal.

Abbe Pierre – French Catholic priest who found the Emmaüs movement, which has the goal of helping poor and homeless people and refugees.

Bernadette Soubirous – French peasant girl from the town of Lourdes. Initially scorned for her visions of a divine lady. Bernadette impressed even mockers with her quiet humility, dignity and simplicity. Became a nun and had her visions officially approved by the Church authorities even in her lifetime.

– Charismatic and principled church leader. Played a key role in fighting apartheid during the 1970s and 1980s. Widely respected as a world figure of great principles.

John Wesley  – English Anglican who became a great preacher and founder of Methodism.

Saint Teresa of Ávila – Spanish mystic, writer and reformer. In a difficult period of the Spanish Inquisition and at a time when women had few rights or opportunities, St Terese of Avila was an influential and pivotal figure in her generation

“Without love, deeds, even the most brilliant, count as nothing.” –St Therese of Lisieux

Thomas Beckett – Archbishop of Canterbury during the time of Henry II. Murdered in Canterbury Cathedral, considered a saint and martyr.

– Martyred for standing up to King Henry VIII when Henry wished to split from the Roman Catholic Church to get a divorce.

Dietrich Bonhoeffer (1906 – 1945 ) was a Lutheran Pastor who was an influential critic of Hitler and Nazism. He was arrested in 1943 for conspiring against the Nazi regime and was executed in 1945. His theology and writings remain influential today.

Martin Niemöller (1892 – 1984) Lutheran pastor and anti-nazi theologian. A founder of the Confessional church which sought to reject the Nazification of churches. He opposed the idea of Aryan supremacy. For his opposition to Nazi ideology, he was imprisoned in concentration camps until the end of the war.

Maximilian Kolbe (1894-1941 ) was a Polish Franciscan priest In 1941, he was arrested for sheltering Jews and sent to Auschwitz. He volunteered to take the place of a man condemned to death and is known as the ‘Saint of Auschwitz’.

Pope Francis  (1936– ) The first Jesuit pope and the first pope from the Americas, he has sought to reform the Vatican and the Catholic church. Pope Francis has stressed the importance of humility, modesty and concern for the poor. He is seen as a reforming Pope, trying to bring back the tradition of emphasis on the Gospels. 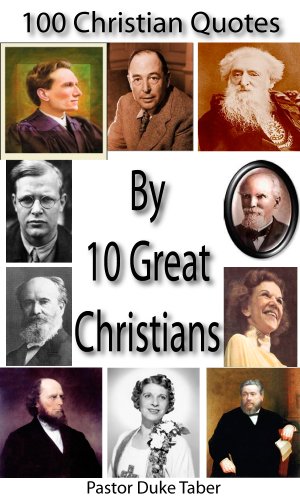