A list of people famous for starting and carrying out revolutions.

A revolution is considered an event which has a major impact on changing the political, economic or social structure of society – usually in a short space of time. A revolution may be violent or peaceful to achieve its aims. The aims of revolutions are usually tied to an ideology, e.g. Communism, liberalism or related to national independence. Significant social and cultural changes may also be considered revolutions.

Spartacus (c. 109–71 BC) One of the slave leaders who led a major revolt against the Roman Empire, in the Third Servile War. Spartacus has become symbolic of revolutionary leaders fighting oppression.

William Wallace (1270-1305) Scottish rebel who led an uprising against the English during the Scottish wars of independence.

Joan of Arc (1412-1431) – A most unlikely revolutionary who inspired the French Dauphin to renew the French fight against occupying English forces. Seven years after death, as she had predicted, the English were defeated.

Oliver Cromwell (1599 – 1658) – British politician and military leader, who led Parliamentary forces during the English civil war. Cromwell’s victory saw the temporary overthrow of the English monarchy, and the supremacy of Parliament asserted.

Maximilien Robespierre (1758 – 1794) Robespierre was one of the foremost figures of the French revolution. He passionately believed in the revolution to overthrow the monarchy and ruling classes. In the ‘reign of terror,’ he was ruthless in his attempt to execute any who might oppose the revolution. As Robespierre said: “The government in a revolution is the despotism of liberty against tyranny.”

Napoleon Bonaparte (1769 – 1821) – French military and political leader. Napoleon revolutionised Europe. He cemented the ideas of the French revolution (in his own autocratic style) and enabled these ideas, and his Napoleonic code to be spread across Europe.

George Washington (1732 – 1799) – Military leader of US during the American war of independence. Washington successfully led the United States to its independence from Great Britain. Also elected 1st President of US.

Thomas Jefferson (1743- 1826) – 3rd President of US. Author of The Declaration of Independence, which was a pivotal moment in the American war of independence.

Simon Bolivar (1783 – 1830) Bolivar was known as ‘El Libertador’ – the Liberator. He led several Latin American countries (Peru, Bolivar, Colombia, Ecuador, Venezuela) to independence from the Spanish monarchy. After successfully leading the liberation struggle, he served as president for a federation of Latin American countries until his death in 1830.

Giuseppe Mazzini (1805-1872) – Italian political activist. Campaigned for a United Republic of Italy. Mazzini supported several insurrections against the foreign rule of Italian states. He played a key role in cementing support for a united Italy.

Giuseppe Garibaldi (1807-1882) – National hero of Italy. Garibaldi led volunteer army in the Italian Wars of Independence. He played a key role in uniting Italy. He also fought in Latin America and became known as ‘The Hero of Two Worlds.’

Sri Aurobindo (1872-1950) – Early Indian revolutionary, who was one of the earliest Indian politicians to pursue complete Indian independence. After spending a year in jail on trial for revolutionary activities, he later retired from politics and became a spiritual philosopher and spiritual teacher.

V.Lenin (1870-1924) – Leader of Russian Revolution in 1917. He masterminded the Bolshevik revolution and became the first leader of the Soviet Union.

Michael Collins (1890-1922) Irish revolutionary leader. Collins took part in the Easter Rising of 1916, and the later war of independence. Collins was killed during the Irish civil war by members of the IRA who felt Collins he had sold out by making a deal with the British.

Che Guevara (1928 – 1967) A Latin American Marxist revolutionary. Guevara was a key figure in the Cuban revolution, but Guevara also wanted to ferment other revolutions in Africa and Latin America and criticised many aspects of the Soviet Union for betraying Marxist principles.

Mahatma Gandhi (1869 – 1948) – Indian nationalist and politician. Gandhi inspired a series of non-violent protests against British rule. For example, his iconic protest against the salt tax helped to raise the profile of Indian independence.

Mikhail Gorbachev (1931 – ) Russian President during the end of the Cold War. Gorbachev initiated a policy of Glasnost and Perestroika. These policies of reform and openness led to the ending of Communist Party rule in the Soviet Union, and the fall of the Berlin wall. In a short space of time, Eastern European countries attained freedom and democracy.

Jesus Christ (c.5BC – 30AD) Spiritual Teacher, the central figure of Christianity. Jesus Christ taught a new message based on forgiveness. He challenged many of the prevailing religious and social orthodoxies of the day

Martin Luther (1483 – 1546) – Key figure in the Protestant Reformation. Martin Luther challenged the power and abuses of the Catholic church, leading to a split in Christianity and the new Protestant movement, which placed greater importance on the Bible, and less on the church hierarchy.

B.D Ambedkar (1891 – 1956) Indian social reformer. Born in the ‘untouchable’ caste, Ambedkar gained degrees in law and economics before becoming a pioneering political activist and social reformer. He was the principal figure in the drafting of the Indian Constitution, which outlawed ‘untouchability’ and promoted equality.

People behind the Revolutions

Voltaire (1694 – 1778) – French philosopher. Voltaire was a biting social critic, often finding himself censored for his criticisms of the ruling elite. His writings, such as Candide, were very influential in forming the ideas and ideals of the French revolution, which occurred shortly after his death.

Karl Marx (1818 – 1883) – German philosopher, founder of Marxism. Karl Marx wrote Das Capital and The Communist Manifesto. Marx argued that Capitalism was inherently unequal and unjust. Marx argued that there was a historical inevitability that the proletariat would rise up in revolution and overthrow the Capitalist elite.

Benjamin Franklin (1706 – 1790) – US writer and polymath. Franklin’s writings on American independence were influential in creating a sense of American identity during the American Revolution. Credited with first giving the idea of a United States.

William Wilberforce (1759 – 1833) – Campaigner against slavery. Wilberforce was a key supporter of ending slavery in the British Empire.

Abraham Lincoln (1809 – 1865) President of US during the civil war, helped end slavery. Lincoln’s Emancipation Proclamation led to the eventual ending of slavery in the US.

Susan B. Anthony (1820 – 1906). American political activist. Campaigned against slavery and later for women to be given the vote.

Emmeline Pankhurst (1858 – 1928). British suffragette who was willing to resort to violent means to promote the cause of women’s rights. Women attained the vote in 1919.

Albert Einstein (1879 – 1955) Revolutionised modern physics with his general theory of relativity. His work on relativity ushered in the nuclear age.

Guy Fawkes (1570-1606) – Tried to blow up Parliament in 1605 and replace King James with a Catholic monarch. The plot was discovered and Guy Fawkes was executed as a traitor. 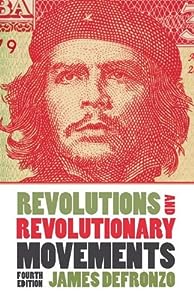 Revolutions and Revolutionary Movements at Amazon

Famous socialists – From Karl Marx the founder of Marxism to leading Communists, such as Lenin and Leon Trotsky. Also democratic socialists of US and UK.