Susan B. Anthony was a prominent American suffragist and civil rights activist. She campaigned against slavery and for women to be given the vote. She was the co-founder of the Women’s Temperance movement which campaigned to tighten up laws on alcohol. She played a significant role in raising the profile of equal rights for women and is credited with playing a significant role in the passing of the nineteenth amendment (1920) which gave women the vote. 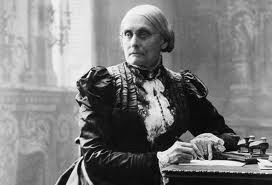 Susan was born 15th February 1820 in Adams, Massachusetts. Her parents were Quakers and activists in the anti-slavery movement. Susan was brought up in a strict Quaker climate, which emphasised concern for others, self-discipline and living a principled life. She later dropped organised religion, describing herself as an agnostic. But she retained many of the Quaker principles she was brought up with.

From an early age, Anthony was a keen student, and when her school wouldn’t teach her long division because of her gender, her father taught her at home. She became well educated at a time when it was not common for women to be educated.

In 1837, her family was hard hit financially by the great financial panic of 1837. In the next few years, Anthony worked as a teacher, scraping a living and helping her father to pay off his debts. By 1846, she had become headmistress at Canajoharie Academy; her work as a teacher encouraged her to campaign for equal pay for women teachers who, at the time, were paid considerably less than men.

In 1846, she left teaching and moved to the family farm in Rochester, New York. After retiring from teaching, she spent more time campaigning on political issues. She was closely involved in the local temperance movement – a movement campaigning about the evils of alcohol and for stricter legislation. She was also active in the anti-slavery movement, collecting petitions against slavery and delivering them to Congress. Overcoming a shyness about public speaking, Susan became a prominent public figure in the anti-slavery and Temperance movement.

Once a petition was rejected because the petition contained mainly women’s and children’s signatures. This encouraged Anthony to give more importance to gaining the vote for women. Without equal voting rights, she felt her campaigns against alcohol abuse were too easily dismissed. Also, in 1850, she read a speech by Lucy Stone from the Women’s Rights Convention, which inspired her to devote herself to the cause.

Over the next few years, she became more involved and committed to the women’s suffrage movement. She met fellow women’s suffrage leaders, such as Amelia Bloomer and Elizabeth Cady Stanton.

From an early age, Anthony had also followed her family in supporting the end of slavery and giving equal rights to people of color. In 1856 Anthony worked as a very successful agent for the American Anti-Slavery Society. She pioneered effective methods of canvassing and was willing to arrange meetings, make speeches – despite widespread hostility. In Syracuse, New York, she was even hung in effigy. She later saw an opportunity to unite the women’s struggle with the civil rights struggle.

“Where, under our Declaration of Independence, does the Saxon man get his power to deprive all women and Negroes of their inalienable rights?”

However, in 1869, she felt let down when the American Equal Rights Association dropped their support for women’s suffrage and the 13th amendment just focused on giving black men the vote and not women. After this disappointment, she began to focus more on gaining women the vote. 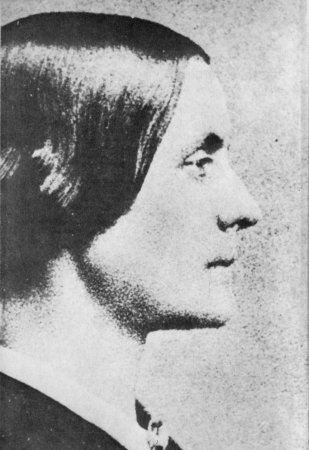 In 1869, along with Elizabeth Cady Stanton, she founded the National Woman Suffrage Association (NWSA). The organization was dedicated to gaining women the vote. Anthony served as vice-president to Stanton. Anthony frequently sought to make alliances with the many other disparate women’s suffragist groups. This was often at odds with Stanton who was keener on taking a more independent hardline approach. However, Anthony felt the women’s message would be stronger if they spoke with one voice and didn’t appear divided. In February 1890, against the resistance of Stanton and some members, Anthony orchestrated the merger of the NWSA with Lucy Stone’s more moderate American Woman Suffrage Association (AWSA), creating the National American Woman Suffrage Association (NAWSA).

“Here, in the first paragraph of the Declaration, is the assertion of the natural right of all to the ballot; for how can “the consent of the governed” be given, if the right to vote be denied?”

In 1868, Anthony began publishing a weekly journal: The Revolution. The journal advocated equal rights for women and negroes. It called for women to be given the vote and universal civil rights. She also extended the range of issues to tackle problems such as equal pay and divorce law. She was willing to take on unpopular issues and challenge the prevailing customs and beliefs of the day.

“Cautious, careful people, always casting about to preserve their reputation and social standing, never can bring about a reform. Those who are really in earnest must be willing to be anything or nothing in the world’s estimation.”

– Susan B.Anthony, On the Campaign for Divorce Law Reform (1860)

However, with a policy of paying high wages, and a very strict approach to adverts (rejecting alcohol and morphine-based drugs), the paper incurred large debts, and it was only able to struggle on for two more years, finally closing in 1872.

In 1868 the US Congress passed the Fourteenth Amendment which guaranteed equal rights to all citizens – making no reference to gender.

On November 1872, Anthony voted in the US Presidential election, arguing this amendment gave her a constitutional right to vote. However, two weeks later she was arrested. At her trial, the judge, Justice Hunt, denied her the right to testify, then told the jury to give a guilty verdict and read an opinion he had written before the trial. She was given a $100 fine.

However, in protest at the unjust trial, she refused to pay the $100 fine and interrupted the judge as he was speaking. The trial was a major landmark; her cause appeared reasonable, and her treatment unfair. The government, embarrassed by the trial, never pressed her to pay the fine, and she walked free. She said at the end of the trial:

“May it please your honour, I will never pay a dollar of your unjust penalty.… And I shall earnestly and persistently continue to urge all women to the practical recognition of the old Revolutionary maxim, “Resistance to tyranny is obedience to God.”

Her trial increased her profile, and she embarked on a national speaking programme to raise funds and spread her message of supporting equal rights for women.

Anthony retired from active political activity in 1900 and died of heart disease and pneumonia in New York, 1906. Fourteen years after Anthony’s death, women’s right to vote was guaranteed by the Nineteenth Amendment (1920).

Achievements of Susan B. Anthony

“Woman must not depend upon the protection of man, but must be taught to protect herself.”

Quotes of Susan B. Anthony

“The true woman will not be an exponent of another or allow another to be such for her. She will be her own individual self… Stand or fall by her own individual wisdom and strength… She will proclaim the “glad tidings of good news” to all women, that woman equally with man was made for her own individual happiness, to develop… every talent given to her by God, in the great work of life.”

Statement of Anthony and Elizabeth Cady Stanton (1856), partially quoted in The Right to Vote (2001) by Claudia Isler, p. 50, and in Perfecting the Family: Antislavery Marriages in Nineteenth-Century America (1997) by Chris Dixon, p. 144

“The one distinct feature of our Association has been the right of the individual opinion for every member. We have been beset at every step with the cry that somebody was injuring the cause by the expression of some sentiments that differed with those held by the majority of mankind. The religious persecution of the ages has been done under what was claimed to be the command of God. I distrust those people who know so well what God wants them to do to their fellows because it always coincides with their own desires.”

A defence of Elizabeth Cady Stanton against a motion to repudiate her Woman’s Bible at a meeting of the National-American Woman Suffrage Association 1896 Convention, HWS, IV (1902), p. 263

“it will come, but I shall not see it…It is inevitable. We can no more deny forever the right of self-government to one-half our people than we could keep the Negro forever in bondage. It will not be wrought by the same disrupting forces that freed the slave but come it will, and I believe within a generation.” Harper (1908), Vol. 3, p. 1259

– Susan B. Anthony asked shortly before her retirement if women would ever see the time when they were given the vote.

Susan B. Anthony: Fighter for Women’s Rights at Amazon