The discovery of fire is lost in pre-history. Fire can occur in natural events. But, the discovery that humans could start fire at will and use for cooking, heat and burning was intrinsic to the development of homo-sapiens and is a key factor that separates humans from other animals. Fire is not only important from a practical viewpoint, but also as a metaphysical concept and an intrinsic aspect of life.

The earliest forms of writing go back to the 4th Millenium BC in Egypt where archaeologists have found hieroglyphics written on stones or slaps. Writing as a medium of communication is a way to develop legal systems and transfer ideas across a greater range of people.

Papermaking is associated with Chinese official Cai Lun, during the Han Dynasty (202 BCE-220 CE)Lun is said to have invented paper about using mulberry and other fibres along with fishnets, old rags, and hemp waste.

In the fourteenth Century, Johan Gutenberg developed a printing which made use of movable type. This was an important discovery of a printing press that was influential in the Reformation and spreading education throughout Europe and later the world. 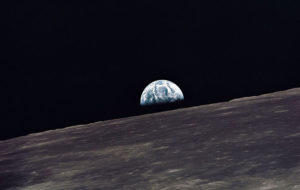 Heliocentric view of the world

In 1619, Johannes Kepler published the third law of planetary motion which proved that the earth circulated around the sun, rather than the other way around. It also helped prove the earth was not flat but circular.

In 1687, Sir Issac Newton formalised the fundamental laws of gravity, which explained how large objects could exert a pressure of attraction. He also proposed the three laws of motion, which describe the relationship between different forces on objects.

In 1628 William Harvey discovered that blood circulates around the body in a system of arteries and veins. This was a major contribution to understanding the way the human body worked and is symbolic of the transition from a rough medieval understanding to the new age of enlightenment.

Oxygen was identified by Joseph Priestley in 1774. Priestley discovered a colourless gas from heated red mercuric oxide. He found this gas was highly combustible. He called it dephlogisticated air. Priestly shared his discovery with the French scientist Antoine Lavoisier. Lavoisier was able to show oxygen supported animal life respiration.

Edward Jenner made pioneering work into the potential for immunisation against fatal illness such as smallpox. In 1796, Jenner had successfully shown, that people could be inoculated against smallpox through a much milder cowpox vaccine. In the nineteenth century, this knowledge would be used to save the lives of countless millions.

In 1803, English chemist and physicist John Dalton put forward the theory stating all elements are made up of tiny, indestructible particles in named atoms. The idea of atoms had been around for a long time, but, it was Dalton who was able to show that weights could be given to different atoms.

In 1820, Danish scientist Hans Christian Orsted made investigations into the relationship between electricity (with positive and negative charges) and magnetism (with north and south poles). Orsted discovered an electric current could deflect a magnetic compass, this discovery helped Michael Faraday to later cause an electric current to flow through a wire with the use of a magnet. Faraday found a copper wheel passed through a horseshoe magnet could create a constant stream of electricity.

Charles Darwin produced his book – The Origin of Species in 1859. It described the radical view that humans were evolved from the animal kingdom and that the world was much older than previously thought. By the 1930s, his theory was widely accepted by the scientific community.

The first successful test of pasteurisation occurred on April 20th, 1864 by Louis Pasteur. It has been used in wine-making and milk production – reducing bacterial infections.

Radioactivity was first discovered in 1896 by the French scientist Henri Becquerel. Marie Curie and others helped develop these discoveries enabling a greater use e.g. X Rays.

Theory of relativity –  Special relativity is a theory of the structure of space-time. It was introduced in Albert Einstein’s 1905 paper “On the Electrodynamics of Moving Bodies”. It included the famous formula E = MC2

Discovered by Alexander Fleming in 1928. It took another 10 years to develop a commercial product. But, once produced penicillin save millions of lives through its anti-bacterial properties.