Queen Elizabeth (1952 – ) was crowned Head of State, Head of the Commonwealth and Supreme Governor of the Church of England in 1952.

She served as the longest-serving British monarch for over 70 years presiding over continual change both within the Royal Family, Great Britain and the Commonwealth.

Elizabeth was the eldest child of Prince Albert, the Duke of York (later George VI) and his wife Elizabeth (later known as the Queen Mother). Her father Prince Albert was second in line to the throne until his elder brother Edward VIII abdicated in 1936 – pushing the shy Prince Albert into an unexpected role of King. King George VI rose to the challenge though he died early in 1952.

Elizabeth was educated at home, along with her sister Princess Margaret. During the Second World War, they were evacuated to Balmoral and later Windsor Castle. Towards the end of the war in 1945, Elizabeth joined the Women’s Royal Auxiliary Territorial Service, where she served as a driver and mechanic. After the war, she increasingly stepped into her role of performing public service and made her first overseas trip to South Africa in 1947. Shortly before her 21st birthday, she said:

“I declare before you all that my whole life, whether it be long or short, shall be devoted to your service and the service of our great imperial family to which we all belong.”

In 1947, she married Prince Philip of Greece and Denmark in a ceremony at Westminster; they had known each other for several years. Some were opposed to the union because of his foreign ties, but this was overcome by his service in the Royal Navy. They have been happily married for over 70 years, and their relationship is a source of mutual strength, even if Prince Philip has a reputation for letting slip the odd colourful remark about foreigners. Elizabeth gave birth to their first child in 1948 – the future Prince Charles. They had four children in total. (Charles, Anne, Andrew, Edward)

In 1952, her father George VI passed away and Queen Elizabeth was crowned Queen with widespread enthusiasm. Her coronation set TV records around the globe, and it appeared to usher in a new era for the monarchy and British Commonwealth. News of Edmund Hilary reaching the peak of Mt Everest was delayed to coincide with her coronation. It appeared a symbolic end to the post-war austerity.

The 1950s could be seen as the golden age for the Queen. Deference and 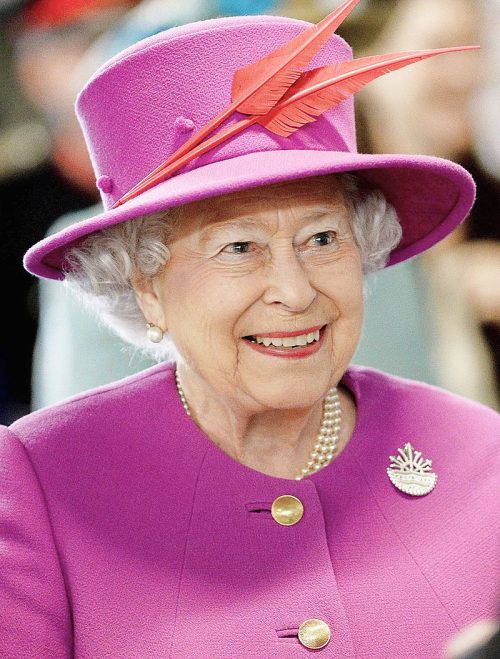 respect to the Royal family were still high, and the young Elizabeth looked like the fairy-tale Princess. However, over the next few decades, widespread social change saw a decline in traditional attitudes to the monarchy. Also, the new era of TV and intense media scrutiny led to many unfavourable headlines as her children were caught up in marital problems and related scandals.

Yet, there were still high points for the Royal Family, such as her ‘Silver Jubilee’ in 1977 and the wedding of Prince Charles and Lady Diana in 1981. By the 1990s, the media had a widespread fascination with Princess Diana, but as their marriage broke down, the Queen was increasingly perceived as being out of touch. In 1992, she famously declared the year to be her ‘annus horribilus‘ The year saw media headlines dominated by the marriage breakup of Charles and Diana, a fire in Windsor, and other criticisms of the Royal Family.

“1992 is not a year on which I shall look back with undiluted pleasure. In the words of one of my more sympathetic correspondents, it has turned out to be an ‘Annus Horribilis‘.” (Christmas address, 1992)

In 1996, Princess Diana died in a car crash, and temporarily there was public dismay as the Queen appeared distant and refused to fly the flag at half-mast. But, after the Queen later expressed admiration for Princess Diana the hostility evaporated. Nevertheless, the relationship between Princess Diana and the Queen was best described as being ‘cool’.

The Queen placed great emphasis on her job of uniting the Commonwealth – a difficult job in the post-war period as de-colonisation led to many differing problems. However, the Queen usually received widespread acclaim, and many commented she was a real unifying presence at the Commonwealth meetings. In a speech at the United Nations, in 2010, she spoke of the importance of countries working together:

“In tomorrow’s world we must all work together as hard as ever, if we’re truly to be United Nations.”

After the difficulties of the 1990s, the 2000s saw a resurgence in her popularity as the Royal Family put many difficulties behind them, and they were able to celebrate good news. If 1992 was her annus horribilus, 2012, was perhaps her annus mirabilis. Firstly, in April, Prince William married Kate Middleton to widespread public enthusiasm. Then in summer, her Golden Jubilee was widely celebrated and popular despite the wet weather. Finally, in July 2012, she took part in the opening ceremony of the London Olympics – which was a huge global success.

During her time as Head of State, Queen Elizabeth has sought to refrain from interfering in political issues and provide a moderating influence on the nation.

“We are a moderate, pragmatic people, more comfortable with practice than theory.” (30 April 2002)

She is a committed Christian and often mentions her religious beliefs in her Christmas addresses. However, in her role as Head of the Church of England, she has stated that she is committed to protecting the rights of all different faiths.

“The concept of our established Church is occasionally misunderstood and, I believe, commonly under-appreciated. Its role is not to defend Anglicanism to the exclusion of other religions. Instead, the Church has a duty to protect the free practice of all faiths in this country.”

Despite passing 90 years, she remained in relatively good health and continued to serve.

Elizabeth II passed away on 8 September 2022 causing an outpouring of love and good wishes for her unique reign and life of duty and service. Her funeral at Westminster Abbey on 19 September attracted heads of state from around the world. It was the first state funeral since Winston Churchill and huge crowds came to see her final journey to Windsor Castle where she was buried next to her husband Prince Phillip.

Queen Elizabeth II and the Royal Family: at Amazon.com

Royalty – Famous Kings and Queens throughout history. Including Henry VIII, Queen Victoria and Catherine the Great.