“Ask and it will be given to you; seek and you will find; knock and the door will be opened to you.”

“Eye for eye, tooth for tooth, hand for hand, foot for foot.”

“You, men of England, who have no right to this Kingdom of France, the King of Heaven orders and notifies you through me, Joan the Maiden, to leave your fortresses and go back to your own country; or I will produce a clash of arms to be eternally remembered.”

“Every man, and every body of men on earth, possesses the right of self-government. They receive it with their being from the hand of nature. Individuals exercise it by their single will; collections of men by that of their majority; for the law of the majority is the natural law of every society of men.”

“That the only purpose for which power can be rightfully exercised over any member of a civilised community, against his will, is to prevent harm to others.”

“I do earnestly wish to see the distinction of sex confounded in society, unless where love animates the behaviour.”

My fellow citizens of the world: ask not what America will do for you, but what together we can do for the freedom of man. “

“The happiest people I have known have been those who gave themselves no concern about their own souls, but did their uttermost to mitigate the miseries of others.”

“The world must be made safe for democracy. Its peace must be planted upon the tested foundations of political liberty. We have no selfish ends to serve. We desire no conquest, no dominion. We seek no indemnities for ourselves, no material compensation for the sacrifices we shall freely make. We are but one of the champions of the rights of mankind. We shall be satisfied when those rights have been made as secure as the faith and the freedom of nations can make them.”

“The Red Army and Navy and the whole Soviet people must fight for every inch of Soviet soil, fight to the last drop of blood for our towns and villages…onward, to victory!”

“WE THE PEOPLES OF THE UNITED NATIONS DETERMINED

“All human beings are born free and equal in dignity and rights. They are endowed with reason and conscience and should act towards one another in a spirit of brotherhood.”

“It is not the strongest of the species that survives, nor the most intelligent that survives. It is the one that is the most adaptable to change. “

“We hold these truths to be self-evident, that all men are created equal; that they are endowed by their Creator with inherent and inalienable Rights; that among these, are Life, Liberty, and the pursuit of Happiness”

“You ask, what is our policy? I can say: It is to wage war, by sea, land and air, with all our might and with all the strength that God can give us: to wage war against a monstrous tyranny, never surpassed in the dark, lamentable catalogue of human crime. That is our policy. You ask, what is our aim? I can answer in one word: It is victory, victory at all costs, victory in spite of all terror, victory, however long and hard the road may be; for without victory, there is no survival.”

– Winston Churchill. Speech in the House of Commons, after taking office as Prime Minister (13 May 1940)

“Four score and seven years ago our fathers brought forth on this continent, a new nation, conceived in Liberty, and dedicated to the proposition that all men are created equal. “

” – that this nation, under God, shall have a new birth of freedom—and that government of the people, by the people, for the people, shall not perish from the earth.”

– Rene Descartes – part IV of Discourse on the Method

“I stand here before you not as a prophet but as a humble servant of you, the people. Your tireless and heroic sacrifices have made it possible for me to be here today. I therefore place the remaining years of my life in your hands.”

“A house divided against itself cannot stand.” I believe this government cannot endure, permanently half slave and half free. I do not expect the Union to be dissolved — I do not expect the house to fall — but I do expect it will cease to be divided. It will become all one thing or all the other.”

“The calm and tolerant atmosphere that prevailed during the elections depicts the type of South Africa we can build. It set the tone for the future. We might have our differences, but we are one people with a common destiny in our rich variety of culture, race and tradition.”

” Five score years ago, a great American, in whose symbolic shadow we stand today signed the Emancipation Proclamation. This momentous decree came as a great beacon light of hope to millions of Negro slaves who had been seared in the flames of withering injustice. It came as a joyous daybreak to end the long night of their captivity. But one hundred years later, we must face the tragic fact that the Negro is still not free.”

“The weak can never forgive. Forgiveness is the attribute of the strong.”

– Mahatma Gandhi “Interview to the Press” in Karachi about the execution of Bhagat Singh (26 March 1926);

“I can predict with absolute certainty that within another generation there will be another world war if the nations of the world do not concert the method by which to prevent it.”

“The Communists disdain to conceal their views and aims. They openly declare that their ends can be attained only by the forcible overthrow of all existing social conditions. Let the ruling classes tremble at a Communistic revolution. The proletarians have nothing to lose but their chains. They have a world to win. WORKING MEN OF THE WORLD, UNITE!”

“A spectre is haunting Europe; the spectre of Communism.”

“Freedom in capitalist society always remains about the same as it was in the ancient Greek republics: freedom for the slave-owners. “

“What passing-bells for these who die as cattle?
Only the monstrous anger of the guns.”

“In war-time the word patriotism means suppression of truth”.

– Siegfried Sassoon, in Memoirs of an Infantry Officer

“Patriotism is, fundamentally, a conviction that a particular country is the best in the world because you were born in it…”

“If you want a picture of the future, imagine a boot stamping on a human face— forever.”

“Now I will tell you the answer to my question. It is this. The Party seeks power entirely for its own sake. We are not interested in the good of others; we are interested solely in power, pure power.”

“With malice toward none, with charity for all, with firmness in the right as God gives us to see the right, let us strive on to finish the work we are in, to bind up the nation’s wounds, to care for him who shall have borne the battle and for his widow and his orphan, to do all which may achieve and cherish a just and lasting peace among ourselves and with all nations.”

“I am for freedom of religion, & against all manoeuvres to bring about a legal ascendancy of one sect over another.”

“I do not feel obliged to believe that the same God who has endowed us with sense, reason, and intellect has intended us to forgo their use.”

“I am an optimist and I believe that together we shall be able now to make the right historical choice so as not to miss the great chance at the turn of centuries and millenia and make the current extremely difficult transition to a peaceful world order. “

President Mikhail Gorbachev – When asked if he thought the Berlin Wall should be dismantled.

“Private travel into foreign countries can be requested without conditions […]. Permission will be granted instantly. Permanent relocations can be done through all border checkpoints between the GDR into the FRG or Berlin (West).”

“The atomic bomb made the prospect of future war unendurable. It has led us up those last few steps to the mountain pass; and beyond there is a different country.”

“This morning the British Ambassador in Berlin handed the German Government a final note stating that unless we heard from them by eleven o’clock that they were prepared at once to withdraw their troops from Poland, a state of war would exist between us. I have to tell you that no such understanding has been received and that consequently this country is at war with Germany.”

“At all times, day by day, we have to continue fighting for freedom of religion, freedom of speech, and freedom from want — for these are things that must be gained in peace as well as in war.”

“I remembered the line from the Hindu scripture, the Bhagavad-Gita….”Now I am become Death, the destroyer of worlds.” I suppose we all thought that, one way or another.”

Robert Oppenheimer on The Decision to Drop the Bomb (1965)

“A tyrst with destiny – A the stroke of midnight hour, when the world sleeps, India will awaken to life and Freedom” –

“I had given up my seat before, but this day, I was especially tired. Tired from my work as a seamstress, and tired from the ache in my heart.”

“To be liberated, woman must feel free to be herself, not in rivalry to man but in the context of her own capacity and her personality.”

“Education is the most powerful weapon which you can use to change the world.”

“Never interrupt your enemy when he is making a mistake.”

“That’s one small step for man, one giant leap for mankind.”

“So let us wage a glorious struggle against illiteracy, poverty and terrorism, let us pick up our books and our pens, they are the most powerful weapons. One child, one teacher, one book and one pen can change the world. Education is the only solution.” 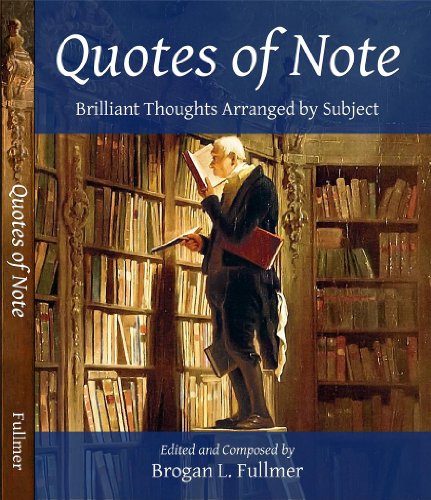