Mary Wollstonecraft (1759-1797) British philosopher and feminist. Wollstonecraft was best known for her book – A Vindication of the Rights of Women (1792) which was one of the earliest expositions of the equality of women and men.

Mary Wollstonecraft was born on 27 April 1759 in Spitalfields, London. She grew up in a difficult family situation. Her father was often violent and prone to drunken moods, especially after losing money in ill-judged investments. Mary spent considerable time looking after her sisters and mothers. However, in 1778, she tired of domestic life and decided to take a job as a lady’s companion to Sarah Dawson. This proved a difficult experience as she didn’t get on with the old lady. However, around this time, she became acquainted with Fanny Blood, who played an important role in widening Mary’s horizons and ideas. The two became very close and Fanny Blood’s untimely death in 1785 was quite a shock to Mary.

For a while, Mary worked as a governess in a large Irish family. She had a talent for teaching but took a dislike to Lady Kingsborough. To Mary, Kingsborough was the antithesis of an ideal woman. In Lady Kingsborough, she saw a woman with no real independence, but primarily concerned with superficial appearances and pleasing men. Mary later developed her thoughts on the concept of a good wife.

“To be a good mother — a woman must have sense, and that independence of mind which few women possess who are taught to depend entirely on their husbands. Meek wives are, in general, foolish mothers; wanting their children to love them best, and take their part, in secret, against the father, who is held up as a scarecrow. “

– Mary Wollstonecraft, A Vindication of the Rights of Woman (1792)

This experience fermented a desire to become a writer; Mary returned to London where she became acquainted with luminaries such as Thomas Paine, William Godwin and Joseph Johnson. In London, she became more aware of new strains of political and philosophical ideas; the late eighteenth century was an era of change. The old ‘divine rights’ of kings was being replaced with greater faith in human reason and liberty; this sea change in attitudes best exemplified by the French Revolution.

Like many radicals, Mary was initially enthused by the French revolution. In 1790, she wrote an influential pamphlet Vindication of the Rights of Men (1790). This sought to defend the principles of the French Revolution against Edmund Burke’s conservative critique. This helped establish Mary as a leading liberal writer; at the time, it was rare for a woman to have such prominence in literary circles.

Vindication of the Rights of Women

“Till women are more rationally educated, the progress in human virtue and improvement in knowledge must receive continual checks.”

She was highly critical of the contemporary attitudes to women

“Women are systematically degraded by receiving the trivial attentions which men think it manly to pay to the sex, when, in fact, men are insultingly supporting their own superiority.”

Such arguments were radical for the time. Even liberal authors didn’t wholeheartedly agree with its arguments and beliefs.

After its publication, Mary visited revolutionary Paris. However, the situation quickly deteriorated, Louis XVI was guillotined and the revolution became increasingly repressive. In Paris, she fell madly in love with an American, Gilbert Imlay. Together they had an illegitimate daughter. When Britain and France declared war on each other, Mary needed the protection of appearing to be married to an American to prevent her being arrested.

Together they had a child, Fanny. However, the relationship grew increasingly difficult, as Gilbert proved to fall well short of Mary’s romantic ideal. Overcome with grief, they broke up and Mary returned to England. On returning to London, she attempted to commit suicide in despair at the failed relationship (she also experienced depressive moods throughout her life). However, the attempt failed, and she was rescued from the River Thames by a passing man.

After slowly recovering from the depths of depression, Mary restarted her literary career and become romantically involved with William Godwin. Mary became pregnant and the two decided to get married.

Tragically, Mary died in childbirth, though her daughter (Mary Godwin) survived and went on to become the author of Frankenstein and wife of Percy Shelley.

The Complete Works of Mary Wollstonecraft 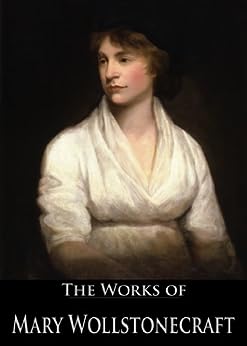 The Complete Works of Mary Wollstonecraft at Amazon

A Vindication of the Rights of Women 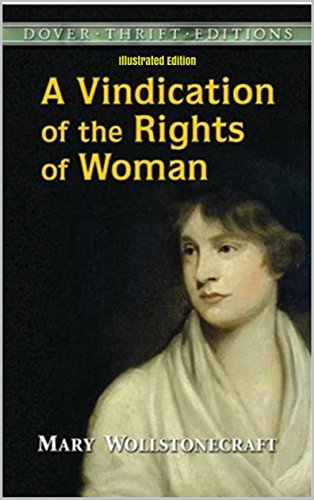