The Jewish people are an ethno-religious group who originate from the historical Israelites. Many Jewish people also adhere to the religious faith of Judaism, but also people of Jewish ethnicity may cease to practise their ancestral religion.

Prophet Abraham (2nd Century BC). Abraham is mentioned in Genesis and is a key figure in Judaism, Christianity and Islam. He is considered the first Patriarch of the Jewish people.

Moses (1391 BC – 1271 BC) Moses was a key figure of Jewish history, who led the Jewish people from slavery in Egypt across the Red Sea to the promised land. On Mount Sinai, he wrote down the Ten Commandments.

Jesus Christ (0 AD – 32 AD) – Jesus Christ was born Jewish and became a prophet and spiritual teacher, which led to the formation of a new religion – Christianity.

Baruch Spinoza (1632-1677) Spinoza was a Jewish-Dutch philosopher. He was an influential rationalist, who saw an underlying unity in the universe. He was critical of religious scriptures but argued there was an underlying divine unity of creation.

Karl Marx (1818 – 1883) – German philosopher, founder of Marxism. Karl Marx wrote Das Capital and The Communist Manifesto. Marx’s ancestry was Jewish, but he was an atheist and critical of religion.

Camille Pissarro (1830–1903) Danish-French Impressionist and post-impressionist painter of Jewish lineage. A very influential figure for painters of his generation.

Harry Houdini (1874-1926) American magician and escapologist. From Hungary, his father was Rabbi of the Zion Reform Jewish Congregation.

Albert Einstein (1879 – 1955) German-Jew who became US citizen. Revolutionised modern physics with his general theory of relativity. Won Nobel Prize in Physics (1921) for discoveries which formed the basis of Quantum Theory.

Leon Trotsky (1879-1940) Ukrainian born Marxist revolutionary. Trotsky was a key figure in the Russian revolution, but fell out of favour – after Stalin’s rise to power and was assassinated in Mexico.

Sigmund Freud (1885 – 1939) Austrian /Czech physician, leading figure in the new science of psychoanalysis. Freud made an extensive study of dreams and the sub-conscious to try and understand better human emotions.

David Ben-Gurion (1886 – 1973) Polish-born Zionist. Ben-Gurion led the Jewish community in Palestine and was instrumental in creating the state of Israel and creating the Israeli statement of independence. Served as the 1st Prime Minister of Israel 1948-54.

Irving Berlin (1888-1989) Russian-American composer and lyricist, one of the most famous and prodigious songwriters in history. Born in Russia to Jewish parents, he moved to the US where he wrote popular classics, such as “White Christmas” and “Easter Parade”.

Groucho Marx (1890 – 1977) American comedian and actor who excelled in every medium from the silent movie to film and radio presenter. Marx’s family were of German-Jewish descent.

Golda Meir (1898-1978) One of the founders and fourth prime minister of Israel. Meir was considered one of the strong, uncompromising leaders of the new nation of Israel.

Simon Wiesenthal (1908-2005) Austrian Holocaust survivor who spent time in three concentration camps. After surviving the Holocaust, he dedicated his life to tracking down Nazi war criminals.

Victor Borge (1909-2000) Jewish Danish-born comedian, pianist and conductor. Borge was a popular entertainer in the US and Europe for his combination of music and comedy.

Milton Friedman (1912 – 2006) American economist from Brooklyn, New York. His parents were Jewish immigrants from Hungary. Advocated free-market economics and the doctrine of monetarism.  Awarded Nobel Prize for economics in 1976.

Paul Samuelson (1915 – 2009) American economist, whose textbooks helped explain and popularise Keynesian theory and modern macro-economics to a wider audience. Samuelson spent most of his career at MIT, where he attracted many top economists to join.

Yehudi Menuhin (1916-1999) American-born violinist and conductor. Menuhin was born to Jewish parents from Belarus. Yehudi was widely considered the greatest violinist of the Twentieth Century.

Rosalind Franklin (1920 – 1958) British Chemist who made significant contributions to understanding the structure of DNA and RNA, which led to the discovery of the DNA double helix. Franklin also worked on the chemistry of coal and viruses.

Lauren Bacall (1924- 2014) American actress. One of the leading female actors of the 1940s and 1950. Her parents were Jewish immigrants from Poland and Romania

Peter Sellers (1925-1980) British comedian and actor. Sellers rose to prominence on the Goon Show. Starred in the dark comedy “Dr Strangelove” rated one of the greatest films of all time.

Noam Chomsky (born 1928) American linguist, philosopher, and political activist. Chomsky is one of leading intellectual figures and has campaigned on many issues such as criticisms of US imperialism, protests against Iraq war, and the Occupy movements against global capitalism.

Anne Frank (1929 – 1945) Dutch Jewish diarist. Known for her diary ‘Anne Frank‘ Published after her death, it details her life of hiding from Gestapo during the occupation. She died at Bergen-Belsen concentration camp, shortly before its liberation.

George Soros (1930 – ) Hungarian-American Jewish business magnate,  investor and philanthropist. Soros has given away over $8 billion to causes related to human rights, public health, and education.

Elizabeth Taylor (1932-2011 ) British-American Academy Award-winning actress. Taylor converted to Judaism in 1959 and was a member of the Kabbalah church.

Woody Allen (1935 – ) American Actor, director and comedian. Allen has produced several films, many of which star him as lead actor, such as Annie Hall (1977), Manhattan (1979). Allen’s family were  Ashkenazi Jews from Russia and Austria.

Paul Krugman (1953 – ) American economist. Krugman is a Nobel Prize-winning economist for his work on New Trade Theory. Krugman is also a leading polemicist – critical of right-wing politics and economics. He has also criticised Israel policy for being narrow-minded.

Daniel Day-Lewis (1957 – ) English / Irish actor from a Jewish background. Day-Lewis is one of the most successful and selective actors of his generation. He has won three Academy Awards for best actor in Christy Brown in My Left Foot (1989), Daniel Plainview in There Will Be Blood (2007), and Abraham Lincoln in Lincoln (2012)

Dustin Hoffman (1937 – ) American actor with a career in film, television, and theatre since 1960. Hoffman is from an Ashkenazi Jewish family, though non-religious.

Scarlett Johansson (1984 – ) – American actress, model and singer. Comes from an Ashkenazi Jewish family from the Bronx.

The Story of the Jews 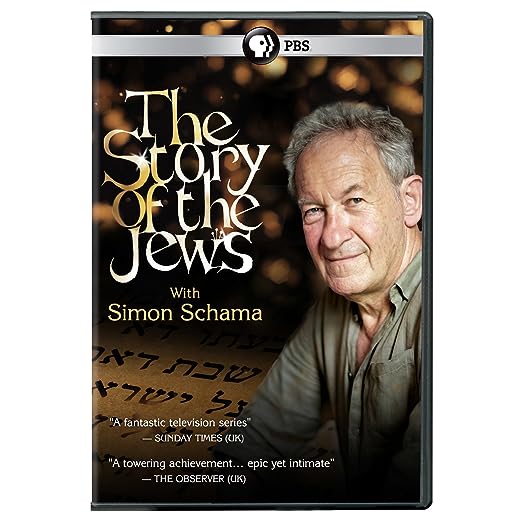 The Story of the Jews with Simon Schama at Amazon