A listing of famous intellectuals. This includes great intellectuals from the classical age, such as Confucius, Aristotle and Pythagoras.

(c. 570 BC – c 495 BC) Greek philosopher, spiritual leader and mathematician. Pythagoras is believed to be one of the first Western men to describe himself as a philosopher – ‘lover of wisdom’ His philosophy was based on the mystic traditions of Egypt and Greece. He is also credited with ‘Pythagoras theorem’ – about the relation of triangles in geometry.

Confucius (551–479) BCE Chinese philosopher and author of The Analects. Confucius shaped Chinese culture – writing about family, loyalty, virtue and the respect of elders.

Aristotle (384 BC – 322 BC) – Greek philosopher and polymath. Aristotle wrote on physics, biology, zoology, metaphysics, logic, ethics, music, rhetoric, psychology, linguistics, economics, politics and government. His ethics and philosophy shaped Western Christian thought. He is widely regarded as one of the most influential persons who ever lived, offering insights into all aspects of human knowledge.

Adi Shankara (9th Century AD) Shankaracharya was a noted Indian philosopher, who wrote an extensive philosophy of Advaita Vedanta, which stresses the underlying unity of creation – an important philosophical strand of Hinduism.

Leonardo Da Vinci (1452 – 1519) Artist and renaissance man. Da Vinci made many scientific discoveries. A supreme polymath, Da Vinci investigated anatomy, geology, mathematics. He was an artist, sculptor and is credited with having an unprecedented imagination and ability to invent new ideas. He sketched models of flying craft and submarines which were well ahead of his time.

William Shakespeare (1564- 1616) English poet and playwright. Famous works include Macbeth, Romeo and Juliet, Merchant of Venice and Hamlet. Shakespeare’s writings have passed into the English language and have influenced the whole English speaking world.

Galileo (1564 – 1642) Creating one of the first modern telescopes, Galileo revolutionised our understanding of the world supporting the earlier work of Copernicus. His book Two New Sciences laid the groundwork for the science of Kinetics and strength of materials.

Rene Descartes (1596 – 1650) French philosopher and mathematician. Descartes was an early exponent of rationalism and reason, laying an important framework for the European enlightenment. His use of logic and reason to address questions relating to religion were groundbreaking. He also made significant discoveries in maths and calculus.

Sir Isaac Newton (1642-1726) Newton made studies in mathematics, optics, physics, and astronomy. In his Principia Mathematica, published in 1687, he laid the foundations for classical mechanics, explaining the law of gravity and the Laws of Motion. Newtonian thought dominated the science of physics into the Twentieth Century.

Adam Smith (1723-1790) was a Scottish social philosopher and pioneer of classical economics. He is best known for his work ‘The Wealth of Nations‘ (1776) which laid down a framework for the basis of free-market economics. His work still plays an influential role in modern economics.

Mary Wollstonecraft (1759-1797) – British author. Wollstonecraft was an early feminist. Her work, A Vindication of the Rights of Woman (1792) was a pioneering defence of women’s rights at a time of widespread inequality.

Famous intellectuals of the Twentieth and Twenty-First Century

George Bernard Shaw (1856 – 1950) Irish playwright and wit. Shaw was a socialist and independent thinker – challenging many conventions of the day. Famous works include: Pygmalion (1912), Man and Superman (1903) and Back to Methuselah (1921)

Albert Einstein. (1879 – 1955) Revolutionised modern physics with his general theory of relativity. Awarded the Nobel Prize in Physics (1921) for his discovery of the Photoelectric effect, which formed the basis of Quantum Theory. Considered one of the great genius’ of the Twentieth Century.

John Maynard Keynes (1883 – 1946) one of the most influential economists of the Twentieth Century. Keynes resigned from Allied delegation in 1919 arguing the Treaty of Versailles was a recipe for future conflict. In the 1930s, he wrote The General Theory of Money which created a new branch of economics – Keynesian demand management.

Milton Friedman (1912 – 2006) American economist from the University of Chicago. Friedman rose to prominence for his advocacy of monetarism, which was adopted by US and UK governments in the 1980s. Friedman was critical of fiscal policy and government spending. Monetarism placed great faith in controlling the money supply to control inflation. He also supported free-market reforms, such as privatisation and deregulation.

Albert Camus (1913 – 1960) – French author, journalist, and philosopher. Associated with existentialism and absurdism. Famous works included The Myth of Sisyphus, The Stranger and The Plague.

Noam Chomsky (born 1928) American linguist, philosopher, prolific writer and political activist. Chomsky is one of the leading intellectual figures in US – campaigning on many issues such as against the Iraq War and supporting the Occupy movements.

Amartya Sen, (1933) Indian economist. Awarded Nobel Prize in Economics (1993) for his work on welfare economics. Sen has dedicated much of his career to the growing branch of development economics, such as measuring living standards, social justice and wider issues of social choice theory. Sen has been referred to as the ‘conscience of economics’ for his work on gender inequality and poverty.

Muhammad Yunus (1940 – ) Bangladeshi banker and economist. Awarded the Nobel Peace Prize (2006) for his work in microfinance, a scheme for helping poor people to have greater access to finance at low-interest rates. He developed concepts of micro-credit and micro-finance as an effective way to promote economic development.

Ken Wilber (1949) American writer and philosopher. He has worked on an ‘Integral Theory’ drawing on ideas from a disparate background from Eastern to Western philosophy to include a more holistic view of life. He has sought to draw on ideas beyond the ‘hard sciences’ of five senses, such as mysticism.

Paul Krugman (1953 – ) American economist. Krugman is a Nobel Prize-winning economist for his work on New Trade Theory. Krugman is also a leading polemist who rose to public prominence for his attacks on the Bush Presidency. Krugman was a noted critic of austerity and leading advocate for a resurgence in Keynesian economics.

Jordan Peterson (1962 – ) Canadian psychologist who has studied and written on the psychology of religious and ideological belief. Peterson has been critical of what he calls ‘authoritarian’ political correctness and ideological bias in the teaching of humanities subjects in universities. He claims to be a classical British liberal, though his views have proved divisive.

Margaret Atwood (1939– ) Canadian poet and novelist. Atwood is best known for her poetry and novels. Influential poetry collections include The Circle Game (1964). Booker prize-nominated novels include The Blind Assassin (2000) and Oryx and Crake (2003).

Alan Watts (1915 –  1973) British philosopher who helped to popularise Buddhism and Eastern religions to a western audience. His book The Way of Zen (1957) was influential in spreading a western interpretation of Buddhism to the merging counter-culture of the 1960s and 1970s.

Karen Armstrong (1944– ) British religious philosopher and former Roman Catholic nun. Armstrong has sought to discuss the underlying unity of religious experience and focused on the essential shared teachings of religion, which is compassion and the Golden Rule.

Germaine Greer (1939– ) Australian feminist. Greer’s book ‘The Female Eunuch was important in the second wave of feminism. She sought to define feminism not as about equality but about the ability of women to set their own goals and objectives.


Naomi Wolf (1962 – ) Author of The Beauty Myth – which argued beauty was a socially manufactured construct. She has been considered one of the leaders of the third wave of feminism. She has also written extensively on social and political issues such as Occupy Wall Street, abortion and women in fascism.

Michael Foucault (1926 – 1984) French philosophy and historian of ideas. Foucault wrote on the relationship between power and education and how powerful institutions could develop methods of best-known control. Significant works include Madness and Civilization (1961), The Order of Things (1966) and The History of Sexuality (1976)

Max Weber (1864 – 1920) German sociologist, philosopher and political economist. Weber is considered the founding father of modern sociology. His work The Protestant Ethic and the Spirit of Capitalism, was an investigation into how religious belief could shape economic outcomes and how hard people worked.

Simone de Beauvoir (1908–1986) French existentialist philosopher.  Her book “The Second Sex” depicted the traditions of sexism that dominated society and history. She was a leading exponent of feminist existentialism.

Abraham Maslow (1908 –  1970) American psychologist. Maslow developed a hierarchy of needs which stressed positive qualities in people which they needed to feel a sense of satisfaction and ‘self-actualisation’. His work has important implications for business, economics and psychology.

Umberto Eco (1932 –  2016) Italian author, philosopher and literary critic. Eco wrote novels, such as The Name of the Rose, which incorporated his main philosophic interests in semiotics (the importance and significance of signs and symbols. He investigated the importance of the intention of readers and the limits of interpretation.

Daniel Kahneman (1934 – ) Israeli-American psychologist and economist who was influential in the development of behavioural economics. This investigated the role of human emotion, habit and compulsive behaviour in explaining economic decisions – breaking the hold of rational choice theory which had dominated classical economics.

Albert Schweitzer(1875 – 1965) French philosopher and polymath. Interested in Christianity and the real historical Christ, Schweitzer developed a philosophy of Reverence for Life, which emphasised a practical ethics of supporting the environment and anything which helped living beings. He was awarded the Nobel Peace Prize in 1952.

Muhammad Yunus (1940 – ) Bangladeshi banker and economist. Yunus took a new look at development economics concluding the best way was to enable the very poor to help themselves through a new scheme of microfinance and micro-credit.

Carlos Castaneda  (1925 – 1998) American author. He wrote a series of books which detailed his experience with mystical shamanism. His works opened up a mystical approach to life, which transcended intellectual reason. His best-known work was The Teachings of Don Juan in 1968.

Simone Weil (1909 – 1943) French philosopher, anarchist and mystic. Weil began as an intensely political writer and activist. Sympathetic to socialism, she also criticised Marxist elites for being just as oppressive as capitalist elites. She fought in the Spanish Civil War as an anarchist. She experienced mystical experiences, which gave her a newfound interest in mysticism and spirituality. She was close to Roman Catholicism but also loved other religious traditions.

Al Gore  (1948 – ) US Vice-President from 1993 to 2001. Gore became an active environmentalist – highlighting the issue of global warming with his film ‘An Inconvenient Truth.” (2006) Gore was awarded the Nobel Peace Prize (jointly with Intergovernmental Prize on Climate Change in 2007.)

Yanis Varofakis (1961 – ) Greek economist, academic and politician. Varofakis was in the Greek government during the Euro crisis. He has been critical of the orthodox economic response of austerity to depressed Greece. He has supported efforts at a progressive international movement based on a Green New Deal.

James Lovelock (1911 – 1977) English environmentalist. Lovelock is an independent scientist who proposed the Gaia theory that the world, humans and the environment are all interconnected. He made frequent warnings about the dangers of damaging the environment. 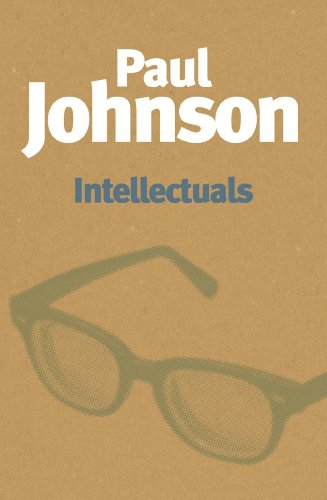