In the past 200 years, the world has been transformed by a succession of innovative new machines, inventions and gadgets. Great modern inventions include electric motor, telephones, computers, plastic and aeroplanes. 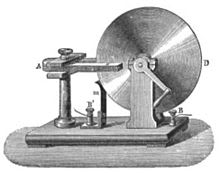 The phenomena of electricity had been known by the ancient Greeks. Benjamin Franklin had displayed the relationship between lightning and electricity. But, it was the invention of the electric dynamo by Michael Faraday which really opened up the way to the practical use of electricity. From Faraday’s Electric dynamo, we can trace so many of today’s modern electrical machines. 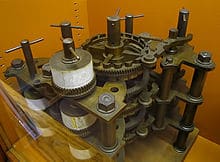 Charles Babbage’s analytic engine is often seen as the forerunner of the modern computer. It had the ability to be programmed and calculate mathematical equations From these early experimental machines, we saw the development of later electronic versions.  Although the electronic computer wasn’t really developed until after the 1940s. 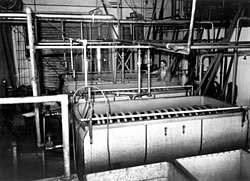 Developed by Louis Pasteur. This provided a way to prevent the growth of bacteria in substances such as wine, beer and milk. It made milk safer to drink.

Developed by John Wesley Hyatt. Hyatt was an American printer and inventor. He was looking for a cheap substitute to ivory billiard balls. Hyatt combined cellulose nitrate and camphor to produce a mouldable versatile material – celluloid. Plastic has transformed the world and has become ubiquitous in packaging, homes and even clothes. It’s ubiquity is causing the world to be more concerned about the effects of plastic pollution because it doesn’t biodegrade.

The telephone was invented in 1876 by Alexander Graham Bell. Scottish born Bell was a teacher for the deaf at Boston University. In researching ways to teach the deaf, he experimented with transmitting sound via electricity. Teaching by day, he spent many hours of his spare time, developing a form of telephone. He applied for a form of patent on March 7, 1876. Three days later he performed a demonstration of the new device, speaking the words. “Mr Watson, come here, I want you.” Within five years, private telephone exchanges were in place in most US cities. It was an invention that caught on very quickly 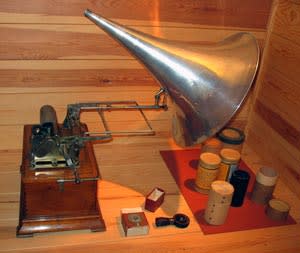 Thomas Edison found that sound could be captured and replayed using a rotating cylinder covered with paraffin paper and a stylus. In December 1888, Edison applied for a patent and over next few years helped to develop the modern gramophone based on the wax-cylinder model. 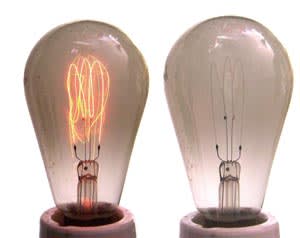 Throughout the nineteenth century,  inventors produced simple electric lights. For example, Joseph Swan produced a simple electric light, but, he struggled to maintain a power source and the filament soon burned out when the vacuum was exhausted. It was Thomas Edison who made the lightbulb into a practical low current version. He used a filament based on a burned sewing thread.

Velocipedes were invented early in the nineteenth century. The most popular at the time was the Penny Farthing, with its huge big wheel. But, the big advancement in bike technology came with the introduction of a chain to link pedals to back wheel. This enabled a higher speed without relying on a huge wheel. The key model in the chain bike was the Rover Safety bike developed by John Kemp Starley.

Until the 1890s, Aluminium was considered a precious metal because it was so hard to isolate. However, Ohio chemist, Charles Martin Hall discovered how to isolate Aluminium, through a process of electrolysis. This simple method enabled high quantities of aluminium to be produced. Its price fell from $18 a pound to 18 cents. Aluminium has become one of the most popular and versatile metals in industry.

Invented by John Boyd Dunlop; it was developed as a way to make tricycle riding more comfortable. His first attempt involved using an old garden hose fitted with air. He later developed this idea using a rubber pneumatic tyre and filed for a patent in 1888. It was later used on both bikes and motor cars. 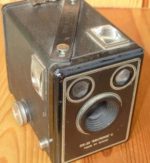 Louis Daguerre made a breakthrough with a camera which took imprints to be developed by chemicals. In 188, George Eastman developed the first small Kodak box camera which made photography much more accessible to the public. 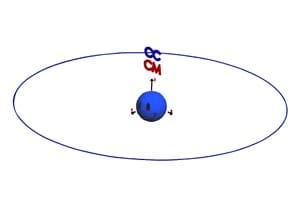 Joseph Thompson was the first scientist to show that the atom wasn’t the smallest element, but, was actually composed of even tinier particles of which electrons were one.

Marie Curie played a key role in the discovery and measurement of radioactivity. Her discoveries led to the successful implementation and use of X-ray machines by the First World War

G. Marconi developed the first long-distance wireless communication. On 12 December 1901, the first telegram was sent across the Atlantic in Morse code. His invention was developed into the ‘wireless’ or radio.

The Wright brothers piloted the first successful heavier than air aeroplane on Dec 17th, 1903. Within a few years, aeroplanes were successfully navigating long distances and soon began to transform both wartime and global travel. 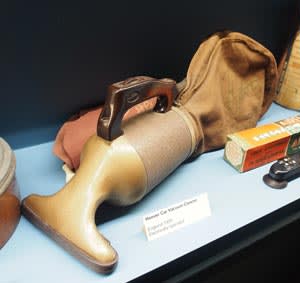 James Murray Spangler invented the electric vacuum cleaner. The first model used a broomstick, pillow and a box containing electric motor and fan. He applied for a patent in 1908. William Hoover helped finance its development for the mass market.

Edward Appleton developed a way of detecting aircraft using sonic radar. This proved useful in the Second World War for the British who pioneered the use of radar.

The first true email system was MIT’s CTSS MAIL, in 1965. But, it only worked for those logged into the system. Email networks included the first ARPANET email sent in 1972 developed by Ray Tomlinson. 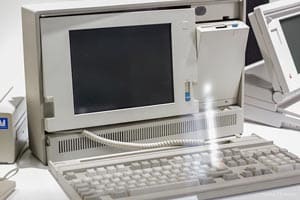 In the 1980s, the microchip enabled households to have their own personal computer. This enabled people to print letters, use for relaxation and multiple other uses. 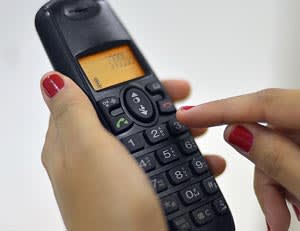 The mobile phone enabled people to take calls on the move, rather than be tied to a landline. Mobile phones also enabled text messages to be sent.

Tim Berners Lee wrote software for the World Wide Web (WWW) in 1990. This helped to revolutionize the internet and make it freely available to the world. 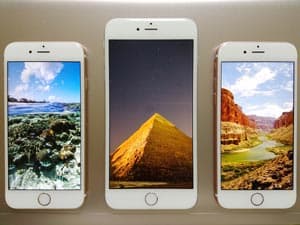 The Smartphone combined many technologies in one. The modern smartphone has enabled calls, texts, internet access, camera and a variety of apps. Steve Jobs played a key role in developing the first smartphones.

1001 Inventions That Changed the World

1001 Inventions That Changed the World at Amazon