Guglielmo Marconi was an Italian inventor, best known for his work on inventing the radio and wireless signal transmissions.

Marconi was born 25 April 1874 in Bologna. His father was an aristocratic landowner and a member of the Italian nobility; his mother was Irish/Scotish. For a short while, he lived in Bedford, England, where he learned to speak fluent English.

The young Marconi was privately educated and though appeared bored with traditional education, he showed signs of real intellect and an interest in practical science. He never received any formal qualifications. Aged 18, he befriended a physicist from the University of Bologna and received permission to attend lectures, even though he wasn’t formally a student. An important event was hearing about the experiments of Heinrich Hertz, which demonstrated the existence of invisible electromagnetic waves, which move through the air at the speed of light.

Marconi began to research these waves with the aim of being able to transmit messages using Morse code. The telegram had been in existence for 50 years, but this raised the possibility of being able to send messages without the existence of a pre-existing network of wires. While the scientific community was interested in the science of radio waves, there was less interest in their potential practical application. Working from the attic in his home at Pontecchio, Italy, he sought to build working models. With his prototypes able to send signals for over a few miles, he wrote to the Italian Ministry of Post and Telegraphs for funding but received no reply. However, he was supported financially by his father, and his butler helped out as an assistant.

In 1895, after just a year of work, he was able to produce a device which could send radio waves across a considerable distance. In 1896, he travelled to England where he hoped he would receive more support and funding. The British Post Office took interest and gave him support. He demonstrated his new invention in London and within a couple of years had progressed to creating a commercially viable product, sold by his own company ‘Marconigrams.” By 1989, his radio signals were being used by British lighthouses. He received several patents for his inventions and continued to improve the device. By 1901, he was able to successfully send a message across the Atlantic Ocean.

His radio devices were used by ships and they proved very useful in signalling distress calls. Notably in 1909 when the S.S. Republic was damaged at sea, but radio signals led to all the crew being rescued. In the same year, 1909, he was awarded the Nobel Prize in Physics with Karl Ferdinand Braun.

“in recognition of their contributions to the development of wireless telegraphy.”

When the Titanic sank in 1912, Marconi’s radio devices were used to summon help. During the First World War, Marconi was placed in charge of Italy’s military radio service, attaining the rank of lieutenant.

Initially, the radio messages were sent by Morse Code, but by 1906, he had found a way to transmit the human voice directly. It was not until after the First World War that radio broadcasting began on a commercial scale, but the ‘wireless’ soon took off, changing the face of entertainment and news broadcasting across the world. The radio became a powerful force for political and social change in the 1920s and 30s. It was used for both benevolent and negative purposes.

Like many inventions, there were several people working on similar machines at a similar time. As a result, Marconi had several challenges to his patents, but by 1914, this had largely faded away. He is considered the prime inventor of the radio, and by extension played an important role in the foundations of tv – though Logie Baird was responsible for completing the invention of the tv.

Throughout his life, Marconi continued to pursue experimentation into radio communication. In the 1920s and 30s, he looked into shortwave and microwave communication.

He married Beatrice O’Brien in 1905. They had three daughters and one son. But the marriage broke down and they divorced in 1924. He remarried Maria Cristina Bezzi-Scali in 1927, they had one daughter. He was baptized a Catholic but brought up an Anglican. However, after his first marriage was annulled, he became a confirmed and devout Catholic. He helped to found the first Vatican Radio in 1931.

In 1923, he jointed Benito Mussolini’s Italian Fascist Party. He was appointed the president of the Royal Academy of Italy and became a member of the Grand Fascist Council. He was an active apologist for Fascist actions, including the invasion of Ethiopia.

In 1929, King Victor Emmanuel III of Italy, give him the title of Marchese (Marquis) of Marconi in recognition of his work.

He died in Rome in 1937 following a series of heart attacks. 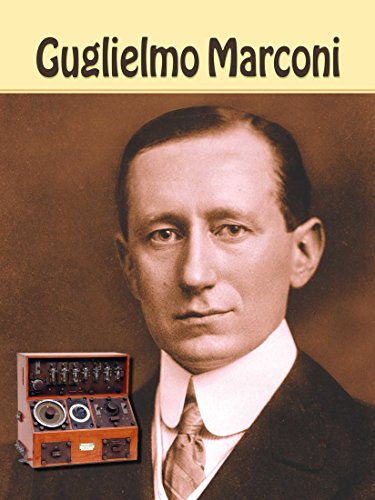