This is a selection of key events in the history of democracy. It highlights moments where there was a significant evolution of democratic principles. The extension of democracy includes:

One definition of democracy was given by Abraham Lincoln

These events all helped this democratic ideal come closer. 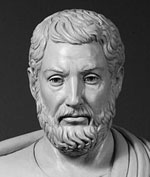 Through the reforms of Solon, Cleisthenes and Pericles, Athenian citizens were given a direct say in the running of the legislative body. Many positions were chosen by ‘random lot’ – considered the fairest way of avoiding privilege. Democracy was direct, with citizens voting on decisions directly. Although small-scale and limited to male Athenian citizens, it is considered one of the earliest forms of direct participatory democracy in the ancient world. 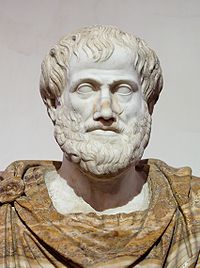 Political writings of Aristotle (384BC – 322BC) Inspired by his tutor Plato (and his teacher Socrates), Aristotle wrote extensively on different forms of government, including democracy. Although Aristotle wasn’t 100% committed to democracy, his writings were very influential and helped to cement the idea of democracy.

Magna Carta 1215. In 1215 King John of England wielded absolute power. A group of barons were unhappy and made the King sign a charter which, in theory, limited the constitutional power of the King and gave powerful barons a say in legislation and taxation. The Magna Carta was far from creating a democracy, but it was very significant for ending the rule of absolute monarchs and had the seeds of parliamentarian government.

American Constitution (1787) In the aftermath of the American Revolution, the Founding Fathers of America wished to create a new democratic society, based on democratic principles of ‘one man one vote’. The new women and slaves. But, it was an early statement of democratic principles, and over the next centuries, the vote was extended to all adults.

The English civil war had temporarily removed the monarch in place of parliamentarian rule. When William of Orange came to take the throne, Parliament drafted a bill of rights, constitutionally limiting the power of the king. 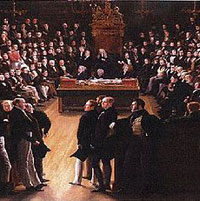 The great reform act abolished ‘rotten boroughs’ very small seats where MPs could buy their seat. It also extended the vote from a small class of propertied males to franchise most male voters over the age of 18.

In 1893, New Zealand became the first country to give women the vote. This significant milestone was a couple of decades before many other Western democracies like UK and US.

The fall of the Berlin Wall was symbolic of the end of one-party rule in Eastern Europe. The Soviet leader Mikhail Gorbachev had initiated reforms which led to greater openness and democracy in the Soviet Union. Unlike his Soviet predecessors, he allowed Eastern countries to follow their independent democratic fate.

Great Events in American History – A list of some of the great moments in the history of the United States, by chronological order – from the arrival of Columbus to landing a man on the moon and the end of the Cold War.