Some of the most famous landmarks and tourist attractions in England, including Big Ben, Blackpool Tower, Palace of Westminster and Windsor Castle.

Opened in 1894, it was inspired by the Eiffel Tower in Paris. It is 158 metres tall. The Tower Ballroom is a major entertainment venue. Blackpool is one of the most popular seaside resorts in England.

Stonehenge is a prehistoric monument built in the ancient Neolithic and Bronze age. The giant stones provide a puzzle for how it was built. It is considered to be a burial site with stones aligned carefully to coincide with the winter and summer solstice.

The British national rail museum at York includes a stock of over 100 trains. It is established on a former site of York locomotive depot – a busy rail terminal on the East Coast line.

Built after the Norman invasion in the Eleventh Century, Windsor Castle is one of the longest occupied palaces in Europe. It is a popular weekend holiday home for the British Royal family

A view of Keswick, North Lakes. The Lake District is a national park with outstanding natural views – including both mountains and several large lakes. The largest lake is Lake Windermere in the south.

Opened in 2001, the Eden Project comprises two giant domes which offer a range of climates from tropical to the Mediterranean. The aim is to support biodiversity and be educational in the inter-dependence of plants and people.

The Palace Pier was built in 1899 to host entertainment for tourists at the seaside resort of Brighton. It is now the only remaining pier in Brighton and is an iconic building for the seaside resort with a total length of 524 metres

A limestone gorge in the Mendip Hills, Somerset. It is a popular venue for climbing, cycling and walking. Caves in the Cheddar Gorge provided the oldest skeleton in the UK – 9,000 years old. 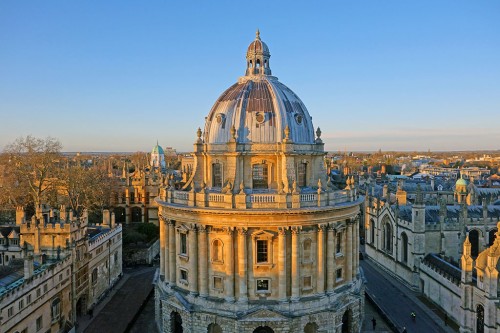 Designed by James Gibb and opened in 1749, it is part of the Bodleian library and provides an architectural masterpiece in the heart of Oxford.

Founded in 1441 by Henry VI, it was completed by the support of Henry VII and Henry VIII. It is considered one of finest examples of late Gothic architecture and the choir of Kings College is renowned.

Land’s End is the most westerly point in Cornwall and England. It is also the furthest point in the UK from John ‘O Groats in north-east Scotland. It has granite rock outcrops fashioned by the relentless Atlantic sea.

Angel of the North, Gateshead.

A contemporary sculpture, designed by Sir Antony Gormley, located near Gateshead. Visible from the East Coast main line and the A1 road. It is located on an old coal mine and is symbolic of the transition to a post-industrial society and serves as a focal point for the hopes and wishes of those who see it.

A royal forest in Nottinghamshire, famous for its association with Robin Hood, the legendary figure who is reported to be an outlaw from King John and the Sheriff of Nottingham. The major oak featured here is said to be 1,000 years old and some claim it was the major hideout of Robin Hood 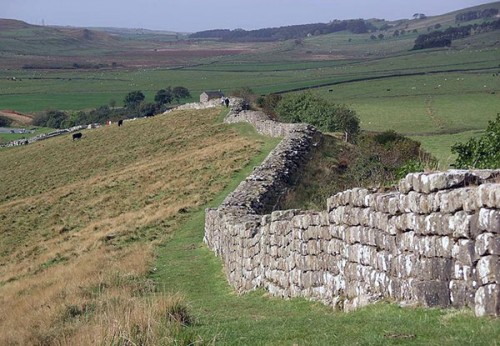 A defensive wall built in AD 122 by Roman emperor Hadrian as a defensive measure against the Picts (in Scotland). It stretched across the north of England and was designated a UNESCO World Heritage site in 1987. 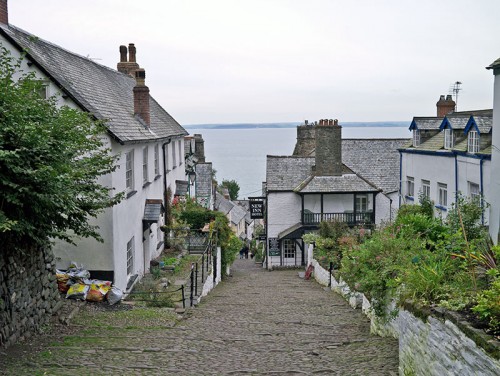 A village in north Devon with views over the Bristol Channel. A former fishing village. It is now a major tourist attraction for its picturesque views, especially down the steep, cobbled climb from the sea to the top of the village.

Glastonbury Tor is a rounded hill in the Somerset Plains. There is a topless Grade I listed church on the top of the hill. The Tor is visible for miles around. It is connected with legends of Celtic mythology, King Arthur and early Christian missionaries. 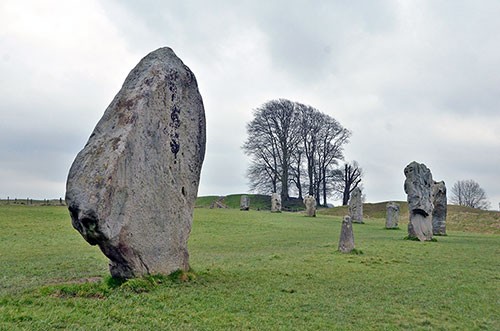 A Neolithic henge in Wiltshire. It is a collection of stone circles embedded into the landscape. Many stones were destroyed since its inception but is now maintained as a popular tourist attraction with a village built within the stone circles.

A large country palace built in the early eighteenth century. It was a reward to the Duke of Marlborough for successful military campaigns. It is the home of the Churchills, and birthplace of Winston Churchill 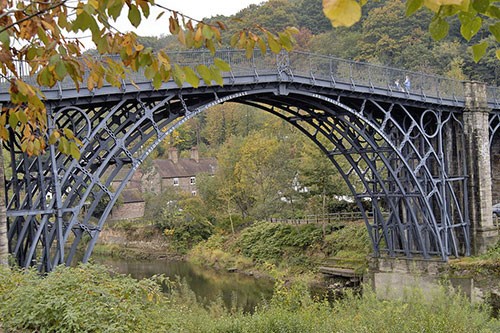 A bridge across the River Severn. The bridge was built out of cast iron in 1779 and is important landmark in the Industrial Revolution as it was in Ironbridge that Abraham Darby perfected a method of making cheaper iron from smelting iron with coke. 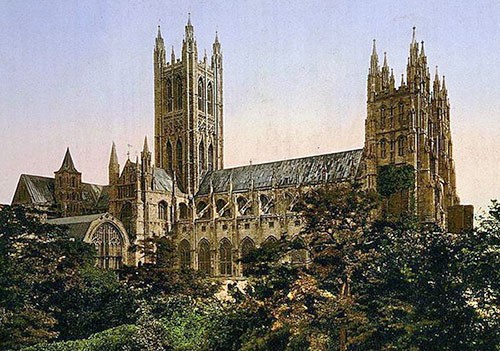 Founded in 597, Canterbury Cathedral is one of the most important religious sites in Anglican Christianity. It was rebuilt in the Middle Ages and contains the shrine of Thomas Beckett who was murdered in 1170. It is the seat for the Archbishop of Canterbury, the head of the Anglican church. 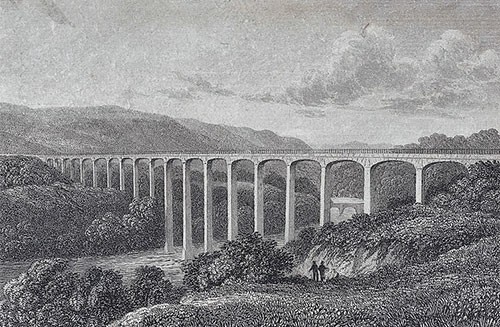 This is a striking aqueduct which takes the Llangollen Canal over the valley of the River Dee near Wrexham, North Wales. It was completed in 1805 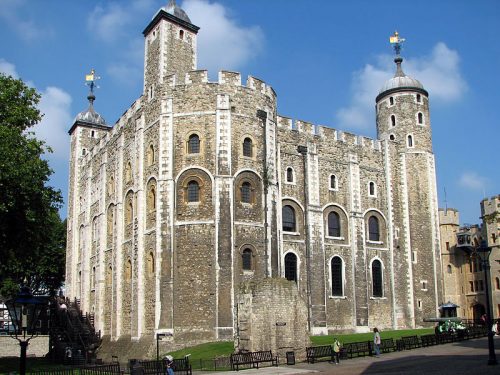 A historic castle on the north bank of the Thames. It was built by William the Conqueror after the Norman invasion of 1066. It has been used a jail for many prominent prisoners over the years. It has also served as the Royal Mint, armoury, Royal Palace and the home of the Crown Jewels. 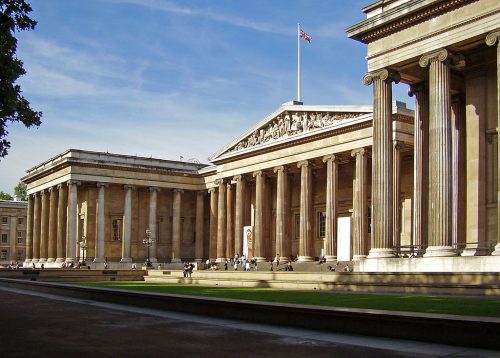 The British Museum is a permanent collection of over 8 million different artefacts, documenting human history from the dawn of civilisation.  The museum first opened in 1759 and has continued to collect more objects to display for an estimated 7 million visitors per year. 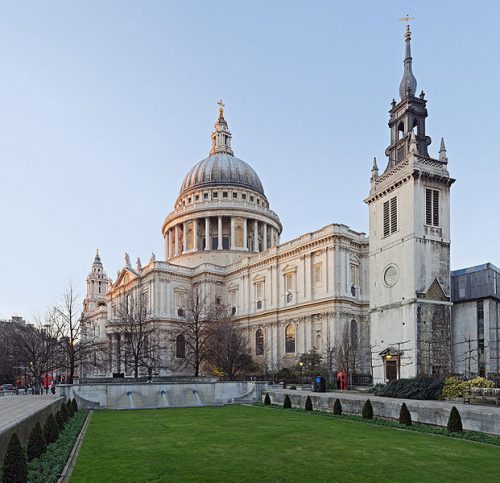 London’s main Cathedral sitting on the highest point of the City of London on Ludgate Hill. It was rebuilt in the late Seventeenth Century, by Sir Christopher Wren, after the Great Fire of London. It also survived the blitz during the Second World War. It is used for funerals and weddings of major celebrities. 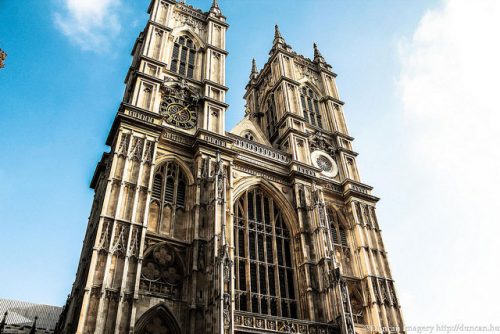 A church adjacent to the Houses of Parliament. Westminster Abbey is the traditional place for the coronation of monarchs and resting place for kings and queens. It has also served as a venue for the marriage ceremony for royal couples. 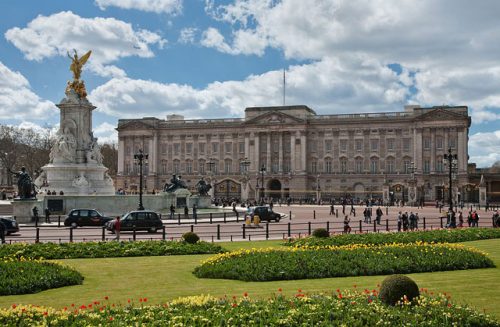 Principle residency for British Monarch. First Queen to live there was Queen Victoria in 1837.