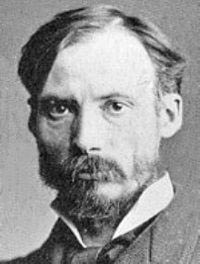 Auguste Renoir (1841–1919) was one of the founders of impressionism – a revolutionary new development amongst young painters, seeking to develop art in new directions. Renoir continued to innovate throughout his life – moving on from impressionism after being deeply moved by the Italian Renaissance Masters.

Renoir was born in Limoges, France on 25 February 1841. His father was a tailor, and Renoir was given an apprenticeship at a porcelain painter. He then had the opportunity to study at the Ecole des Beaux Arts. It was here that he joined Charles Gleyre’s studio and met many other young French impressionist artists. 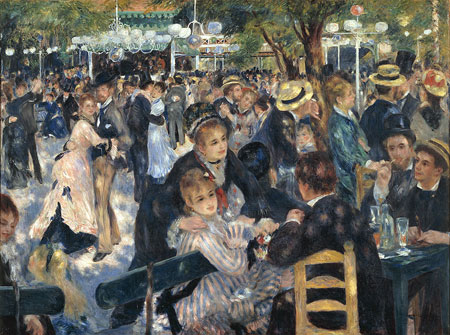 His art was noted for its vibrant combination of colours. In classic impressionist style, he avoided rigid lines and merged objects giving a sense of dream-like consciousness. He also painted many portraits of women – often in nude. They focus not on the sexual aspect but often of everyday experiences. 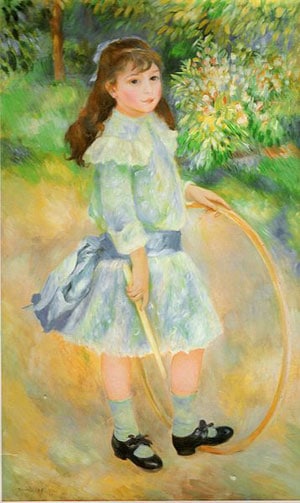 “To my mind, a picture should be something pleasant, cheerful, and pretty, yes pretty! There are too many unpleasant things in life as it is without creating still more of them.”

Initially, the art establishment was unimpressed by the new breed of painters and the impressionists struggled to have any exhibitions. Renoir supplemented his income by drawing more conventional portraits.

In 1881, he visited Algeria and then Italy. In Italy, he was deeply impressed by the Italian Masters. After meeting Cezanne near Marseilles, Renoir sought to break away from Impressionism by developing a new structural style of his own. 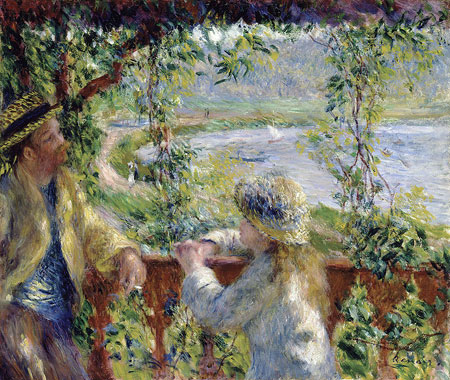 “The work of art must seize upon you, wrap you up in itself, carry you away. It is the means by which the artist conveys his passion; it is the current which he puts forth which sweeps you along in his passion.”

Yet, he never abandoned his techniques of colour that he learnt during his impressionist period and he developed a combination of classical styles of applying paint with an impressionist perspective of colour.

In 1890, he married Aline Victorine Charigot, a dressmaker twenty years his junior. Renoir included her in many of his future paintings depicting family life. They had three children, including Jean Renoir (1894-1979) a noted filmmaker.

Towards the end of the nineteenth century, he gained increasing fame and respect. In 1892, the French state bought one of his paintings – ‘At the Piano.’

As ill-fortune would have it, his fame and greater renown also coincided with the onset of arthritis which made painting difficult and painful. But, he struggled on and continued to paint some great masterpieces. 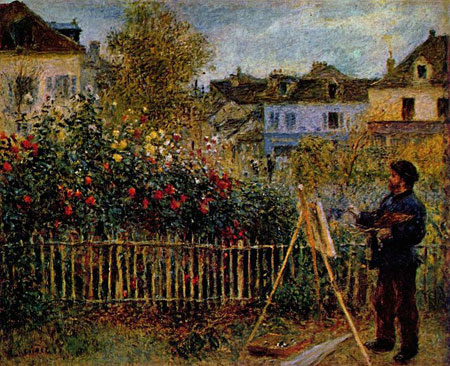 Claude Monet Painting in His Garden at Argenteuil, 1873 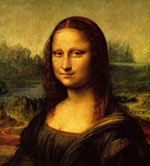 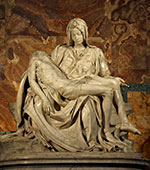 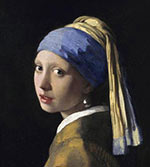