P.G. Wodehouse was one of the greatest comic writers of the Twentieth Century. He became a master of farce, creating a wonderful array of characters and imaginary fairyland based in the Edwardian British upper class. His 100 books have been translated into countless languages and remain an important part of popular culture.

Pelham Grenville Wodehouse was born on October 15th, 1881 in Guildford, England. He went to school at Dulwich College and spent his vacations often staying with various aunts around the English countryside. These childhood experience would later be wonderfully be built into his later novels. 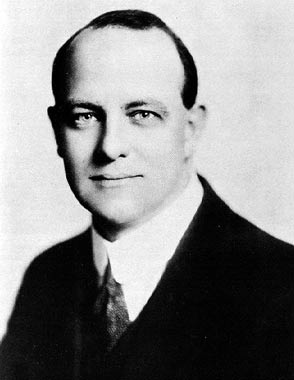 Initially, he was set up for a career in banking. But, it soon became obvious that such a career was not for P.G. Wodehouse. He left to start a career as a journalist and writer. His early stories were based on public school life, featuring the two great characters – Mike, the brilliant cricketer and all-round good egg, and the alternative alter ego – P Smith. Before, the First World War, he visited America which became a second home to him. It was during the 1920s, that the fame of P.G.Wodehouse really took off, with the publication of his Jeeves and Wooster stories. They captured a golden age of innocence and were also a gentle satire of his own class. The strength in the books lay in the marvellous comic talent he displayed in writing the various characters and dialogue. Each character seemed a humorous exaggeration of real-life characters that we all know. He gained several acknowledgements for his literary efforts and was considered by Belloc to be the ‘greatest writer in English’.

P.G. Wodehouse during the War

In 1940, he was captured by the Germans in Le Touquet and sent to an internment camp in Upper Silesia. As he was over 60, he was released, on the condition that he remain in Germany for the duration of the war. During this period, he was invited to make a broadcast on German Radio. Though he did not make statements supporting Germany or criticising his own country, his broadcasts attracted the strongest criticism, verging on the vitriol from countrymen who felt it appeared he was indifferent to the war and sympathetic to Germany.

P.G. Wodehouse later regretted his decision, which he blamed on a naivety, but, he denied he had intended to betray the interests of his country. Despite being the most popular writer, public opinion was so strongly against him after the war, he remained in the US, and never returned to England, despite expressing a desire. He continued writing, reviving his Jeeves and Wooster stories. His success as a writer continued to grow and to his great delight was awarded a KBE shortly before his death on 14th February 1975 – aged 93 – after over 70 years as a public writer.

The Jeeves & Wooster Boxed Set: The Collectors Wodehouse at Amazon