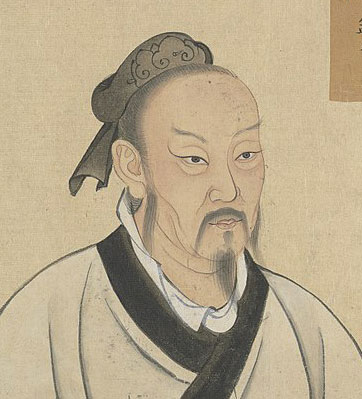 Mencius (372 – 289 BC) was a Chinese sage who developed a tradition of Confucianism based around the belief that human nature was essentially good but needed to careful nurturing. Mencius has often been described as “the second Sage” and the most important of the orthodox interpreters of Confucianism.

Mencius was born in the State of Zou, China – only 30km south of Qufu, Confucius’s birthplace during the 4th Century BC. This was a period of political upheaval as the Zhou dynasty was breaking up into warring factions. The head of the Zhou dynasty remained a ceremonial figure but different local rulers fought amongst themselves for power.

At an early age, Mencius’ father died so he was brought up by his mother. Mencius mother has an important status in Chinese culture and she is held up as an ideal/model mother. It is said, she moved the family three times to be able to find the ideal environment for Mencius to grow up. She also encouraged him to be diligent in his studies and, despite the families poverty, always ensured he had the best available education.

As an adult, Mencius gained employment as a public intellectual – offering advice to the state of Qi. He was asked about the morality of invading the state of Yan, which was in turmoil. Mencius replied it was justified in order to restore a semblance of order. However, he disagreed with the later action of Qi’s army in killing non-combatants and plundering wealth. Mencius resigned his post feeling that his advice was being ignored. 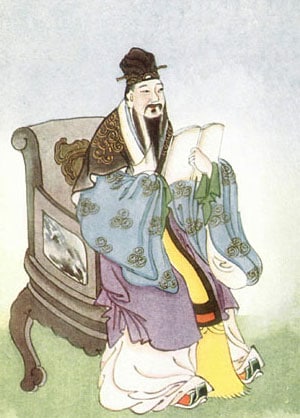 Mencius spent the next 40 years as a wandering sage. He went to different states and advised kings on all matters from agriculture to military matters. Mencius taught a form of Confucianism – he saw his role as encouraging men to follow the will of Heaven and lead good, upstanding life in accordance with the precepts of the great sages. In particular, he advocated four cardinal virtues – benevolence (rén), righteousness (yì), wisdom (zhì), and propriety (lĭ).

Mencius made the observation that every human contains the tendencies or ‘sprouts’ towards good behaviour. However, these good tendencies are like new-born plants – they can grow to become strong or they can easily be trampled down by negative conditions. Mencius thus saw human nature as essentially good, but also in need of cultivation so that these good inclinations would ‘extend’ and fill the person.

Another example of the innate goodness of man is in Mencius’ statement:

“The great man is the one who does not lose his child’s heart.”

This is a reflection of the natural goodness within man

In this regard, he felt the role of kings was to set a good tone and the right climate for their kingdoms. He sought ways to encourage rulers and people towards greater good actions. One example is that Mencius once noted a king displayed compassion towards an Ox which was due to be sent to slaughter. Mencius seized on this act of compassion and said to the king, he should extend his compassion to all his subjects, who had been struggling in the kingdom due to his bad policies. Mencius was a practical philosopher in that he wished people to understand and gain knowledge of the right action – this would then lead them to the correct action, but also with the correct motivation.

Another example of how Mencius advised a king who admitted weaknesses. The king began by saying that he had a great desire for wealth. Mencius replied that a desire and fondness for wealth is not in itself a bad thing. But, he should feel that if he is fond of wealth, it is the same for his common subjects. If the king gains wealth to help his commoners also become more wealthy – then that is a good action. However, if he gains wealth at the expense of his commoners (very high tax) then that is not. The secret is to always consider others around you – if you like something, make sure others also benefit from your wealth too.

On the subject of economics, Mencius advocated free trade, low tax rates and a degree of promoting equality through a fair tax burden and the provision of basic benefits to the old and disadvantage. He also argued against fixed prices – saying that if there was the same price for a badly made pot and a good pot, there would be no incentive to create good quality.

Mencius is considered an orthodox interpreter of Confucianism, which offers support for a more feudal system with people accepting their role in society. However, Mencius also argued that there were times when the people could overthrow a ruler who had seriously departed from the just and right way to rule. One example was the King Zhou of Shan, who was notorious for being a bad ruler.

Like Confucius, Mencius advocated the greatest benevolence towards one’s own family. When his mother died, Mencius took three years to observe the rites of passage. This placed him in a different philosophic school to the teachings of Mozi (5th Century BC). Mozi advocated universal love without distinction. Mozi also criticised the elaborate rituals of Confucianism. Mencius version of Confucianism also contrasted with that of Hsuntse – which argued that human nature was essentially wicked.

Rather ironically for a philosopher who wrote about the fundamental goodness of human nature, Mencius became disillusioned with the kings and courts he visited. On visiting one king, Mencius tried to explain his motivations for travelling and giving advice was – not about profit – but the essential rightness of doing it.

“Venerable sir, since you have not counted it far to come here, a distance of a thousand li, may I presume that you are provided with counsels to profit my kingdom?” Mencius replied, “Why must your Majesty use that word ‘profit’? What I am provided with, are counsels to benevolence and righteousness, and these are my only topics.”

– The Mencius, Book 1, part 1, as translated by James Legge in

He felt that despite offering so much advice over the years, it never seemed to make any difference – with kings not able or not willing to take his advice to be more compassionate and benevolent rulers. Towards the end of his life, he retired from public life and continued his own personal studies and contemplation.

“Persons who have developed their hearts and minds to the utmost, know their nature. Knowing their nature, they know Heaven.” – Mencius

Mencius died in relative obscurity, but by the time of the Han dynasty (206 BC–220 AD), a mixed form of Confucianism was made the state-sponsored religion. Mencius’ writings – especially his work ‘Mencius‘ had considerable influence on this synthesis of religious writings which formed the bedrock of Chinese culture for many centuries. Mencius is seen as the second most important figure in Chinese philosophy after Confucius.