The charismatic leader of a spiritual movement. He founded an ashram in India before leaving to the US. In the US he attracted many followers and amassed a large fortune with a fleet of Rolls Royces.

Osho or Bhagwan Shree Rajneesh was born in 1931 in Central India. He was a 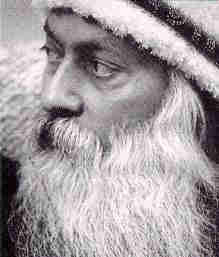 As well as teaching philosophy he also began to attract disciples to follow his own eclectic mix of philosophy and religion. In 1966 he decided to leave his teaching post and give full attention to his role as spiritual Master. In 1974 he moved with his disciples to Pune, India. Here he established a new ashram in a comfortable setting of six acres. In 1980 he was attacked by a Hindu fundamentalist who disagreed with Osho’s unconventional stance on religion and spirituality. It is said that due to police incompetence the assailant was never convicted.

Due to failing health Osho decided to leave India for America where he would be able to receive better medical treatment. His disciples bought a large plot of land near Antelope, Oregon. Here they wished to build a large ashram and other buildings. There was often friction between the local townspeople and the ashramites. There was a clash of cultures, and the local townspeople felt threatened by the influx of devotees. Because of this many building permits were denied. This led to ashramites trying to get elected directly to the town council. There were also allegations made that followers of Osho were involved in illegal activities such as spreading salmonella in a local restaurant. More seriously there were allegations of murder made against some followers of Osho. Two were eventually convicted of the murder of Charles Turner who had tried to close the ranch.

In 1987 Osho became fearful of an investigation by the authorities, so he decided to leave the compound in Oregon and went to South Carolina. Here he fell foul of US immigration law. He had arranged false marriages and other violations of immigration laws. He was given a suspended sentence on the condition that he leave the country. Therefore he reluctantly decided to leave for Puna in India. It was at this time that he decided to change his name from Rajneesh to Osho. This is said to be a Japanese word for “Master”, although others say Osho comes from the term “oceanic experience” Osho died in 1990, his death certificate gave a reason of heart failure. Although some followers alleged poisoning by the CBI, although these allegations had little evidence to support them.

Philosophy and Beliefs of Osho

Osho was born into a Jain family. He though never believed in any one religion but combined elements of many religions such as Buddhism, Hinduism and Christianity. However, he also added new types of meditation practice. His philosophy was a type of Monism that God was in everything. All human beings were in essence divine; it was just that there were different manifestations of that divinity. He introduced a new type of meditation that involved letting go of all attachments to the past and future and ego.

If a seeker could attain a consciousness where there was “no past, no future, no attachment, no mind, no ego, no self.” Then he would attain enlightenment. One different practice he advocated was to practise physical exercise just before meditation. Unlike many Indian gurus, Osho taught that sex was not an obstacle to spiritual progress. Although many of his disciples led fairly simple and frugal lifestyles, Osho was well known for his love of cars. It is said he amassed over 20 Rolls Royces.

It is estimated over 50,000 Westerners spent time seeking enlightenment with the Guru. At its peak, there were over 200,000 members worldwide, although this dropped off after the scandals of the late 1980s. Osho never wished to appoint a successor, but he did appoint 21 followers to administer the Osho foundation which continues to provide an outlet for the dissemination of his teaching.

Osho: Autobiography of a Spiritually Incorrect Mystic at Amazon