“I think therefore I am”

– Rene Descartes. Descartes’ Meditation (1641) was a ground-breaking philosophical work, which challenged many established beliefs. Descartes tried to prove the existence of God, from the use of rational reasoning. 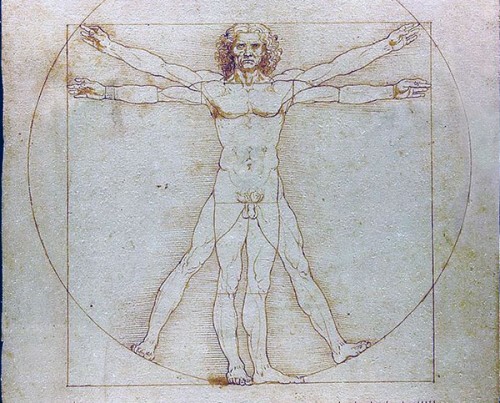 “In her (Nature’s) inventions nothing is lacking, and nothing is superfluous.”

– Leonardo da Vinci – who made detailed investigations of natural sciences.

“Here forms, here colours, here the character of every part of the universe are concentrated to a point; and that point is so marvellous a thing … Oh! marvellous, O stupendous Necessity — by thy laws thou dost compel every effect to be the direct result of its cause, by the shortest path. These are miracles…”

– Leonardo da Vinci – who made detailed investigations of natural sciences.

“Love shows itself more in adversity than in prosperity; as light does, which shines most where the place is darkest.”

“Human vocation is a mystical vocation that has to be realized following a three stage way, which comprehends necessarily moral transformation, intellectual research and final perfection in the identity with the absolute reality. This paradigm is universal, because it can be retraced in every tradition.”

The ‘Manifesto of the Renaissance’ was written by Pico della Mirandola –  “Oration on the Dignity of Man” – It sought to encourage the striving for human excellence and a universal mystical vocation.

“I die the king’s faithful servant, but God’s first.”

“So far as he is able, a prince should stick to the path of good but, if the necessity arises, he should know how to follow evil.”

Niccolo Machiavelli (1469 – 1527) from The Prince – a classic account of political intrigue.

“I have turned my entire attention to Greek. The first thing I shall do, as soon as the money arrives, is to buy some Greek authors; after that, I shall buy clothes.”

– Erasmus Collected Works of Erasmus Vol 1 (1974) Greek literature had a significant impact on the growth of Renaissance ideas in Europe.

“There are others where religion is nothing but ritual; and these are worse than the first, for the Spirit of God is not in them, and they are inflated with self-righteousness.”

– Erasmus, Letter to Lambertus Grunnius (August 1516) Typical of the spirit of religious reform and criticism of un-spiritual religious practices.

“If people knew how hard I had to work to gain my mastery, it would not seem so wonderful at all.”

– Michelangelo (the artist of David, Pieta and Sistine Chapel ceiling.

“I shall never be a heretic; I may err in dispute, but I do not wish to decide anything finally; on the other hand, I am not bound by the opinions of men.”

“I cannot and will not recant anything, for to go against conscience is neither right nor safe. Here I stand, I can do no other, so help me God. Amen.”

“If perchance there should be foolish speakers who, together with those ignorant of all mathematics, will take it upon themselves to decide concerning these things, and because of some place in the Scriptures wickedly distorted to their purpose, should dare to assail this my work, they are of no importance to me, to such an extent do I despise their judgment as rash.”

“Finally we shall place the Sun himself at the center of the Universe. All this is suggested by the systematic procession of events and the harmony of the whole Universe, if only we face the facts, as they say, ‘with both eyes open.’ “

Famous Men of the Renaissance & Reformation

Famous Men Of The Renaissance & Reformation at Amazon