Cliff Richard rose to fame in the 1950s and cemented his position as one of the leading rock acts before the advent of the Beatles. Although the Beatles eclipsed his status, he maintained an enduring appeal for many generations.

In the mid-1960s, he made a firm commitment to his Christian faith and at one time considered giving up his rock career because it was detrimental to a spiritual life. However, friends encouraged him to continue which he did, though much of his future work was softer than his initial rock phase. In the 1980s and 1990s, he increasingly recorded songs with explicitly Christian themes – these often proved very successful such as Mistletoe and Wine, Saviours Day and Millennium Prayer – two of these were Christmas number ones. 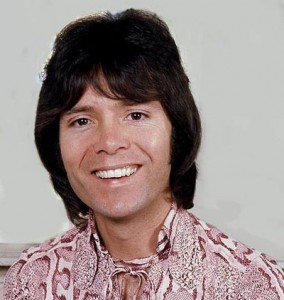 Because of his Christianity, his records have not always been played on some radio stations because he is considered un-cool. Cliff Richard observes that many histories of British pop music fail to mention him, despite his status and impact through five decades. Cliff Richard has said that his lifestyle choice has, in a way, been a rare counterpoint to the typical rock and roll lifestyle of sex, drugs and alcohol.

Cliff Richard has been a lifelong bachelor. He currently lives with John McElynn a former Roman Catholic Priest; though he has denied he is gay and is supportive of the idea of gay marriage. He once considered marriage to tennis star Sue Barker.

Outside of music, Cliff is involved in numerous charities and foundations. He donates 10% of his income to charities, preferring charities involved in research into better medical treatment.

He has also been involved in several films, of which, The Young Ones (1961) is perhaps best known.