Born Maurice Joseph Micklewhite, he later took the screen name, Michael Caine. Michael Caine is one of the most famous English actors of the post-war period, starring in over 100 films and renowned for his distinctive working-class voice.

Michael Caine was born 14 March 1933 in Rotherhithe, London, England. He grew up in London, living for 18 years in a simple prefab house in Elephant and Castle. From 1952 to 1954 he served in the British Army as part of the compulsory National Service. He was sent to Korea where he had a feeling he would die, but he survived the conflict and returned to England.

Despite receiving no classic drama training, he responded to an advert in the paper and began acting in the 1950s. He performed many roles for tv and film and rose to international fame with his appearance as an upper-class English officer in the epic film Zulu (1964). Zulu told of the epic siege by thousands of Zulu warriors against a British outpost. Fighting to the death, the British managed to hold out against the massed assault of the Zulus.

Another iconic film of the 1960s was the ‘Italian Job‘ (1969) Michael Caine led a group of English gangsters to take part in an audacious robbery of gold from Italy. It is famous for the chase scenes involving Mini Coopers; the film was later remade.

“You’re only supposed to blow the bloody doors off!“

In the 1980s, Michael Caine moved to America where he continued to star in many films. However, many films he made in this period were criticised for being low quality. He later admitted to being motivated by money rather than the quality of the film. 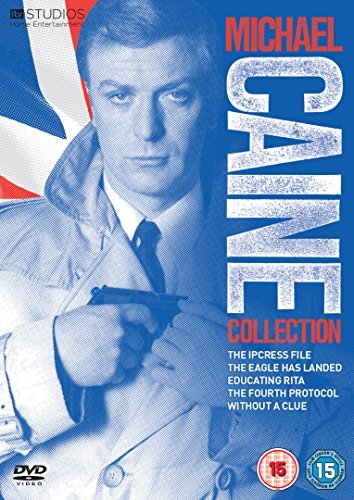