Mani (216–274 AD) was an Iranian third-century prophet who founded the religion Manichaeism. Originating in the middle-east, the religion had numerous followers and spread as far as China and southern France. However, the religion was gradually purged by stronger monotheistic religions, with Islam and the Catholic church persecuting its followers. Mani attempted to create a synthesis of former religions, including aspects of Zoroastrianism, Christianity and Buddhism. Mani recognised the prophets Zoroaster, Buddha and Jesus Christ, though he claimed to have received a more powerful revelation and he sought to create a new religious framework which was his own synthesis of previous teachings and his own inner revelations.

At the heart of Manichaeism was the eternal battle between good and evil. Mani urged adherents to live pious lives of pray, meditation, chastity and avoid alcohol and meat.

“Two subsistences form the beginning of the world, the one light the other darkness; the two are separated from each other. The light is the first most glorious being, limited by no number, God himself, the King of the Paradise of Light. He has five members: meekness, knowledge, understanding, mystery, insight; and five other spiritual members: love, faith, truth, nobleness, and wisdom.” 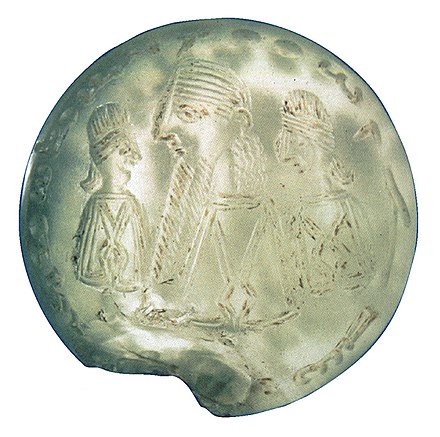 Mani was born in Ctesiphon, Babylonia, modern-day Iraq. He was brought up in a Jewish-Christian sect who practised a form of Gnostic Christianity. From the age of 12, he began having mystical experiences where he felt the presence of God and an inner command to leave his families religion and preach the real gospel of Jesus Christ. Mani proclaimed himself to be an apostle of Jesus Christ, though the early church claimed he was a heretic. Afterwards, he used the New Testament term Paraclete or helper of the Holy Spirit.

After a short-time of preaching, he was banished from Persia, so Mani left for India, where he studied the Sanskrit scriptures and the religious practises of Hinduism and Buddhism. Mani also wrote several scriptures for his new religion. This included the Gospel of Mani – originally called Evangelion the Greek for ‘Good news’ His followers claimed it was the only reliable gospel about the life of Jesus. Mani also wrote poetry in the form of psalms which are devotional in nature.

“I was heading for shipwreck before I found the ship of Truth
a divine tacking was Jesus who helped me.
Who then shall be able to tell of the gift that came to me?
An unspeakable grace overtook me.
My brethren, I have received my garland.

Take unto you the word of Truth, o men that love God;
The world is nothing, there is no gain in it at all.
My brethren, I have received my garland.


In 242, Mani returned to Persia where he joined the court of Shapur I. Shapur, who was a Zoroastrian, listened to Mani’s teachings with an open mind. Though he did not convert to Mani’s spiritual path, he was impressed and allowed Many to stay in his court. Mani would later dedicate a written work Shabuhragan to Shapur. As well as developing his own religious framework, Mani was well known as a talented painter, whose reputation stayed even in Islamic times when they were hostile to his religion. He was also a well-known storyteller, who could illustrate religious ideas through the use of illumining parable.

With political tolerance, Mani succeeded in gaining new followers who began creating their own religious structures. The main teaching of Manichaeism was that man was in a struggle between good and evil, and it was constantly necessary to choose right action. Mani exhorted his followers to lead more divine lives and refrain from the temptations of the flesh. Within the Manichaeist religion, there were two main classes of followers. The ‘elects’ or electi were expected to follow all the rules on chastity and abstention from alcohol and eating meat. The ordinary members ‘the hearers’ or auditors had greater flexibility in following the rules and were responsible for looking after the electi.

The Manichaeists were evangelists and sought to send missionaries to many parts of Europe and Asia. Their success aroused opposition from Zoroastrian priests. Later, under the new Persian ruler Bahram I, the authorities cracked down on the emerging religion and Mani was arrested and thrown in jail. In jail, he wrote to his followers, exhorting them to continue their religious life. It is said three days before his death, he foresaw his time had come and he began to welcome his death. It is said Mani was executed by being flayed alive and then his skin was hung up.

“Who can see, my brothers, and return to earth and make known to all men the glory I have received today? For I have found the reward of my toil! See, I have brought my Ship to the shore; no storm has risen against it, no wave has snatched it away! I was about to be shipwrecked before I found the Ship of Truth; a divine tacking was Isho, who has given me his hand. Who then shall be able to tell of the Gift that came? A grace overtook me, but there is no one who can say it.”

After Mani died, Manichaeism continued to expand to both the east and west. In Europe, it competed with Christianity and was particularly strong in the south of France, where it merged with a form of Gnostic Christianity. St Augustine was a Manichaeist for nine years before converting to Christianity. He later wrote many critical articles about Manichaeism.

However, with the growing political power of Christianity, Manichaeism was persecuted. In 1209, Pope Innocent III ordered a crusade against the Manichaeists in southern France, leading to a widescale slaughter and the religion effectively died out. In the east, the religion fared a little better. Marco Polo reported coming across it during his travels in the 14th Century, but gradually it faded away.

A psalm of the Manichaean Bema Psalms

Let us worship the Spirit of the Paraclete.
Let us bless our Lord Jesus who has sent us
the Spirit of Truth. He came and separated us from the Error of the world, he brought us a mirror, we looked, we saw the Universe in it.

When the Holy Spirit came he revealed to us the way of Truth and taught us that there are two Natures, that of Light and that of Darkness, separate one from the other from the beginning.” Gnostic Library