“Life is to be lived. If you have to support yourself, you had bloody well better find some way that is going to be interesting. And you don’t do that by sitting around wondering about yourself.”

Katharine Hepburn is one of the most famous actresses of the twentieth century. In a career lasting several decades, she landed four Oscars – a record even today.

She was an unconventional Hollywood actress, fiercely independent and often displaying a standoffish attitude to the media. However, her wide variety of roles and acting skills made her famous on screen, and she was ranked the greatest female film star by the American Film Institute. 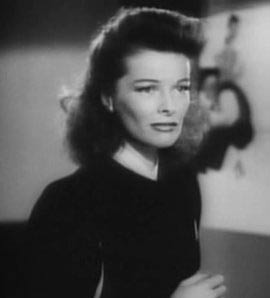 Katharine Hepburn was born on 12 May, in Hartford, Connecticut, US. Her mother, Katharine Martha Haughton was a suffragette, and her strong views and independence influenced the young Katharine. As a teenager, Katharine was free-spirited getting involved in sports such as swimming, skating and gymnastics; she also had a fearless streak and was suspended from school for smoking and breaking curfew. She later admitted to going swimming naked in the middle of the night. As she later was quoted

“If you obey all the rules, you miss all the fun.”

One incident that had a strong bearing on her early life involved finding her dear brother hanging from a rafter by a piece of rope. Her family tried to deny it was suicide, but it looked as if it was and the incident had a lasting impact on Katherine.

Aged 21, Katherine married for the first time to socialite Ludlow Ogden Smith. The marriage did not last a long time, and they divorced six years later. However, they remained friends, and Katherine remained grateful for his support in her early years. 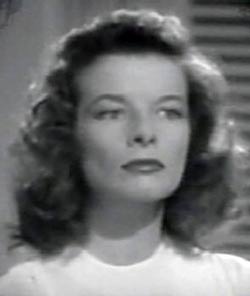 Katherine’s early acting career developed on stage, and from the theatre, she graduated to film. By 1933 she had won her first Oscar for her performance in Morning Glory, a story about a woman who rejects romance for her work.

There then followed a series of successful films such as:

By the late 1930s, her acting career had started to decline, and she was once even labelled as ‘toxic for the box office’ along with people like Fred Astaire and Marlene Dietrich. In addition to a string of forgettable films, she also displayed dismissiveness towards other female actresses and had a reluctance to sign autographs or give interviews. She always retained a reluctance to give interviews to the press until she was much older. Hepburn nearly gained a prominent role in the Oscar Winning film – Gone with the Wind. But, she wasn’t keen, and the role was given to Vivien Leigh.

After the war, Hepburn’s career picked up. She gained an Oscar nomination in 1951 for her portrayal of a stern missionary in the film – African Queen – starring alongside Humphrey Bogart. The film was a great success, though she ended up becoming quite ill with dysentery and malaria due to the water. She later wrote about this challenging experience.

Fiercely independent, Katherine Hepburn was pioneering in providing a role model for women beyond the dutiful Hollywood blonde bombshell. Revealingly she speaks of her own self-image

“Everyone thought I was bold and fearless and even arrogant, but inside I was always quaking.”

Katherine embodied feminine beauty but also an inner strength and reserve. She was an important cultural icon and a forerunner for women of the Twentieth Century who lived with greater independence and freedom of action.

Ann Nyberg delves into the long, extraordinary life of Katharine Hepburn through personal remembrances from people whose lives she influenced